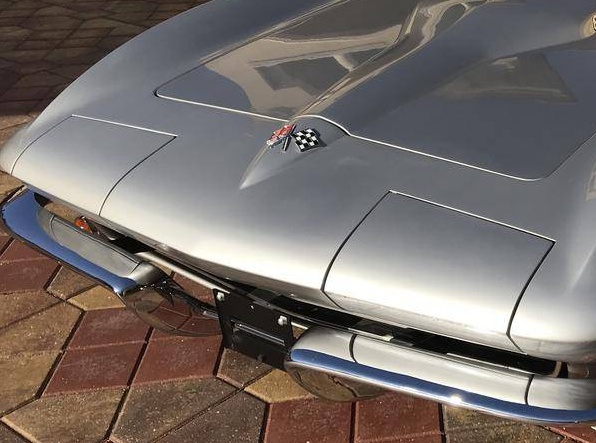 The Shelby Cobra 427 wasn’t solely responsible for the change in direction at Chevrolet concerning future Corvette performance engines. By 1965 Chevrolet had already reached the higher levels of the 327 V8’s potential. Most muscle car V8 engines during the golden era generated less than 1 gross horsepower per cubic inch of engine displacement however the 1965 L84 fuel-injected 327 produced an amazing just over 1.1 gross horsepower per cubic inch. The 1965 model year had 5 different output levels of the 327 small-block V8, the lowest was 250 gross-horsepower and the highest was 375 gross horsepower. The truth was that the Chevrolet’s 327 V8 needed a substantial growth in cubic inches to obtain more horsepower. Chevrolet’s Mark IV big-block V8 was the easiest and least expensive way to offer more power to Corvette buyers. 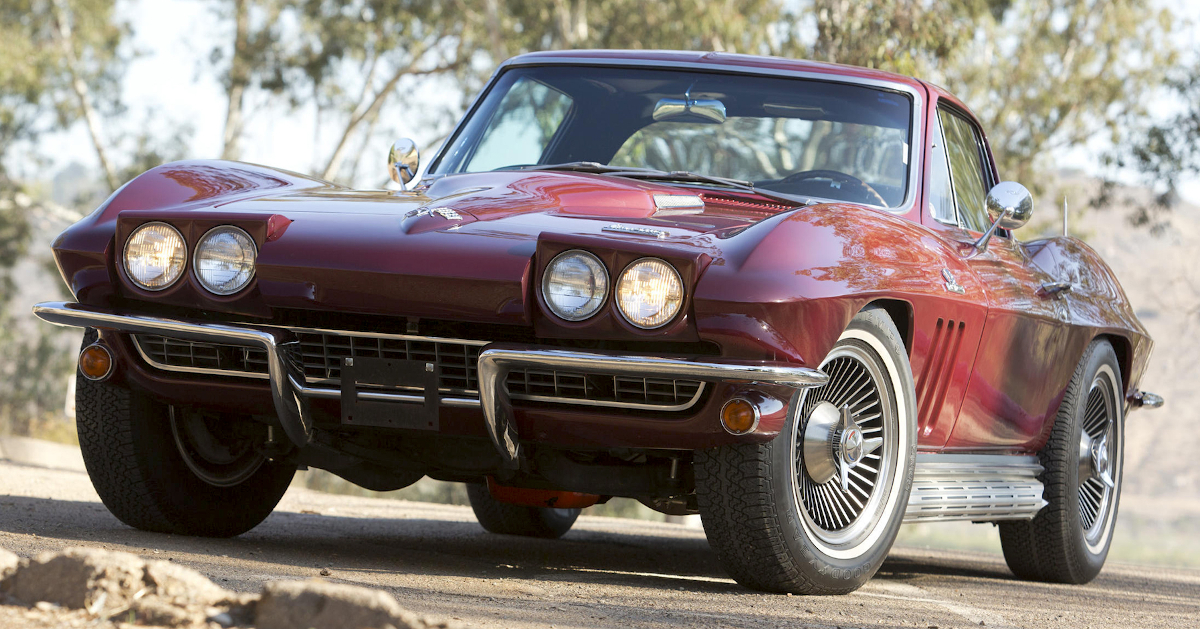 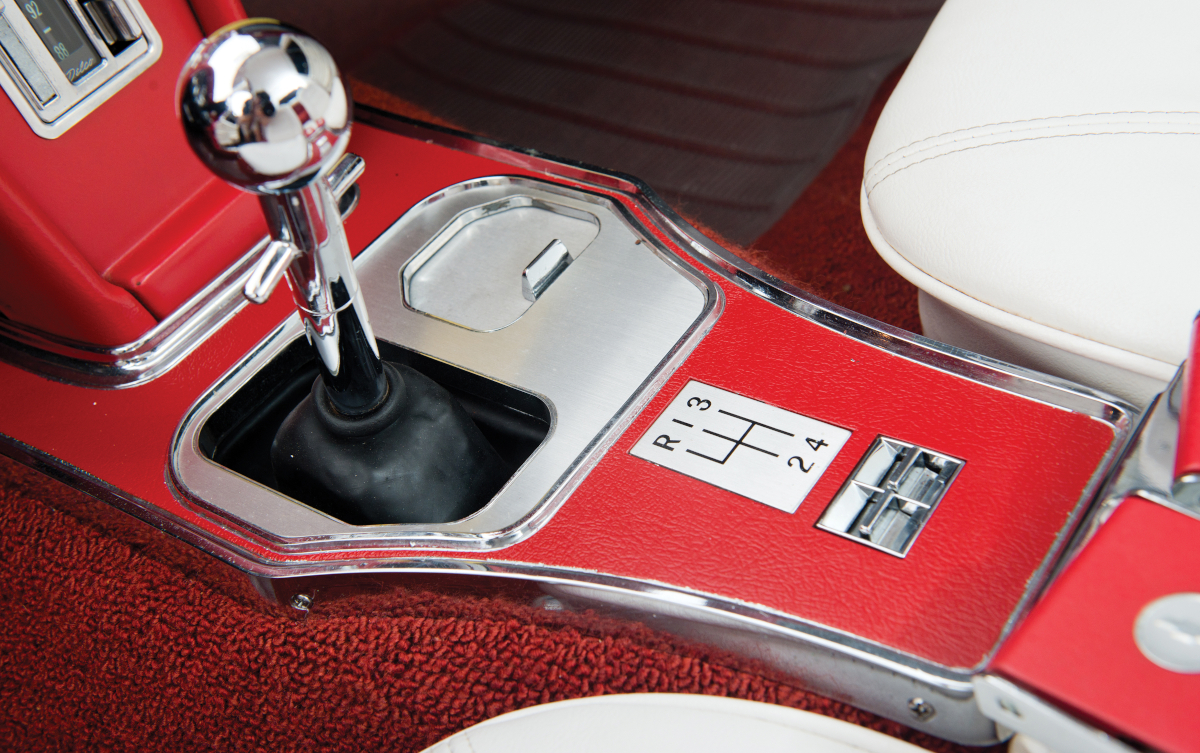 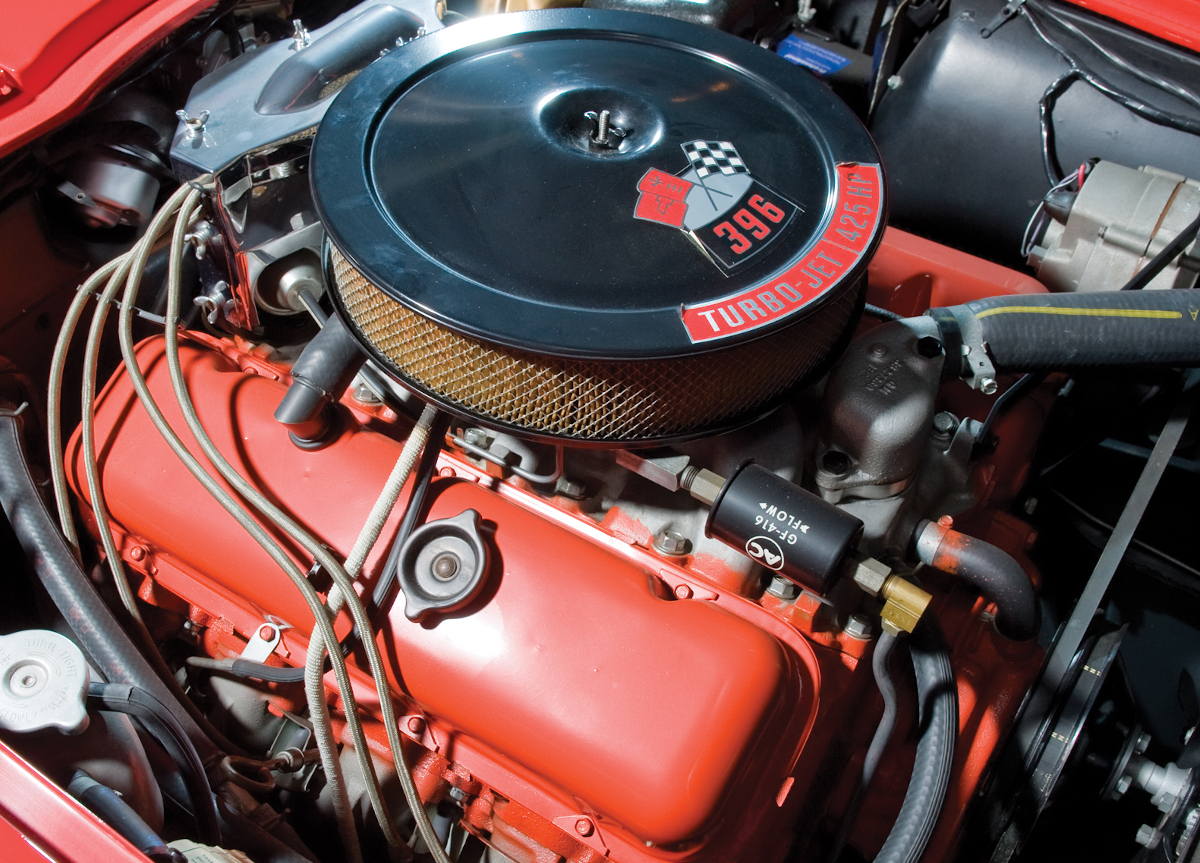 Visually the L78 Corvette looked identical to any other 1965 Corvette, with two exceptions. There were 396 badges on the front quarter panels and a large bulge located in the center of the L78 Corvette’s hood which was necessary so the hood could be closed. The Corvette’s standard hood didn’t offer enough clearance for the L78’s air cleaner which was higher due to the big-block L78 396 V8 being taller than the small-block 327 V8.

The 1965 model year also saw the introduction of the side exhaust system option (RPO code N14). It was a bargain at only $134 however only 759 1965 Corvettes were equipped with the option. The side exhaust system gave the Corvette a race car sound which could be heard a few city blocks away. Its deep resonance exhaust note was like beautiful music to 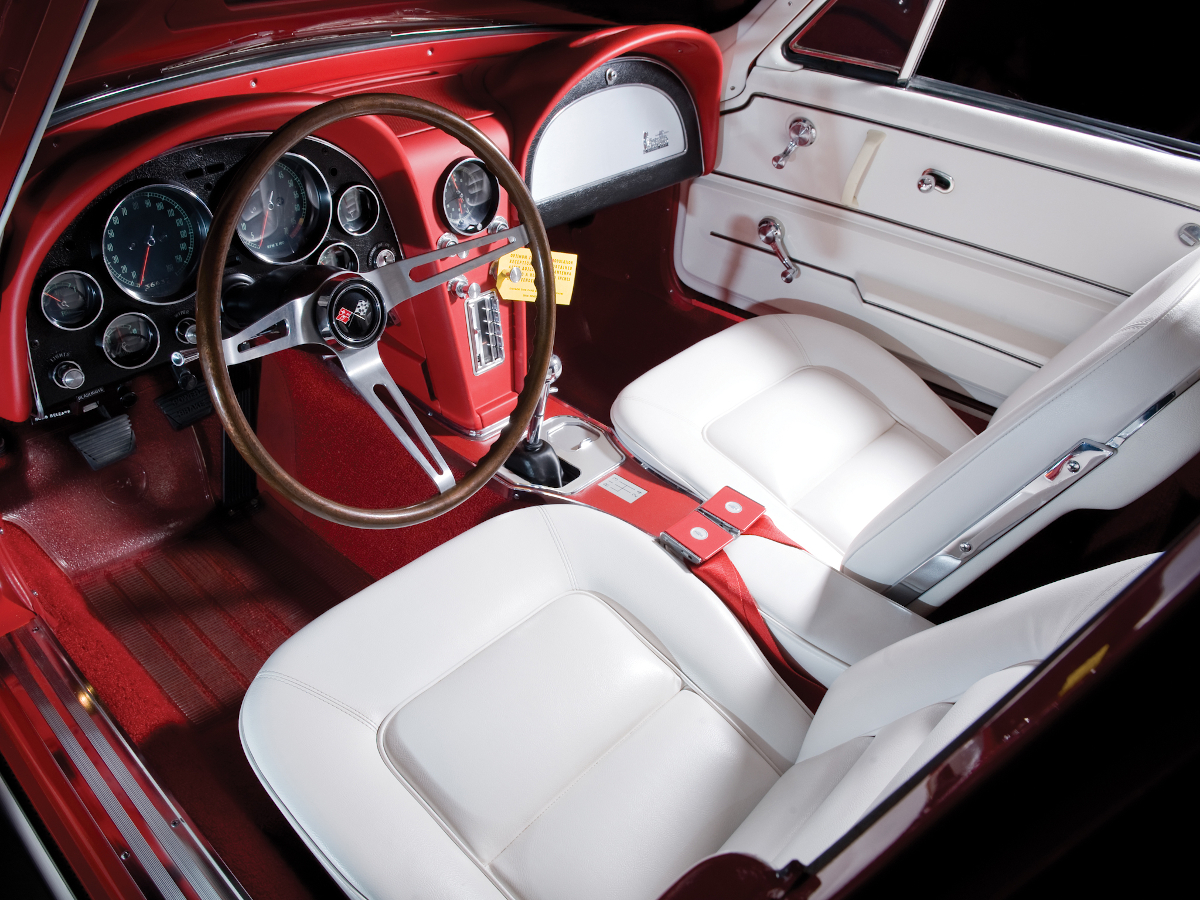 any V8 engine enthusiast. Unlike the Shelby Cobra 427 which also had side pipes, Chevrolet used metal shielding around the exhaust system to keep the driver and passenger safe from the hot exhaust pipes when entering and exiting the car.

Though only 2,157 L78 396 V8 equipped Corvettes were produced for 1965 which was about 9 percent of total 1965 Corvette production, it was more popular than the 1965 Corvette with the L84 fuel-injected 327 V8 which had an extremely low production total of only 771 units. Starting in 1966, the 396 was replaced by Chevrolet’s larger displacement 427 cubic-inch big-block V8. By 1967 almost half of all Corvettes produced that year would be powered by a 427 big-block V8.

Due to it’s extremely short production life and it being a placeholder between L84 fuel injected 1965 Corvette and the L36 and L72 427 big-block V8 powered 1966 Corvettes, for many years the L78 396 Corvette was treated as a freak Corvette or an interesting anomaly in the Corvette’s long production life. Finally the L78 Corvette is the getting the proper respect it deserves and the currently fairly high prices on the collector market reflect this. Today the L78 396 Corvette easily makes the list of the top 10 most legendary Corvettes.