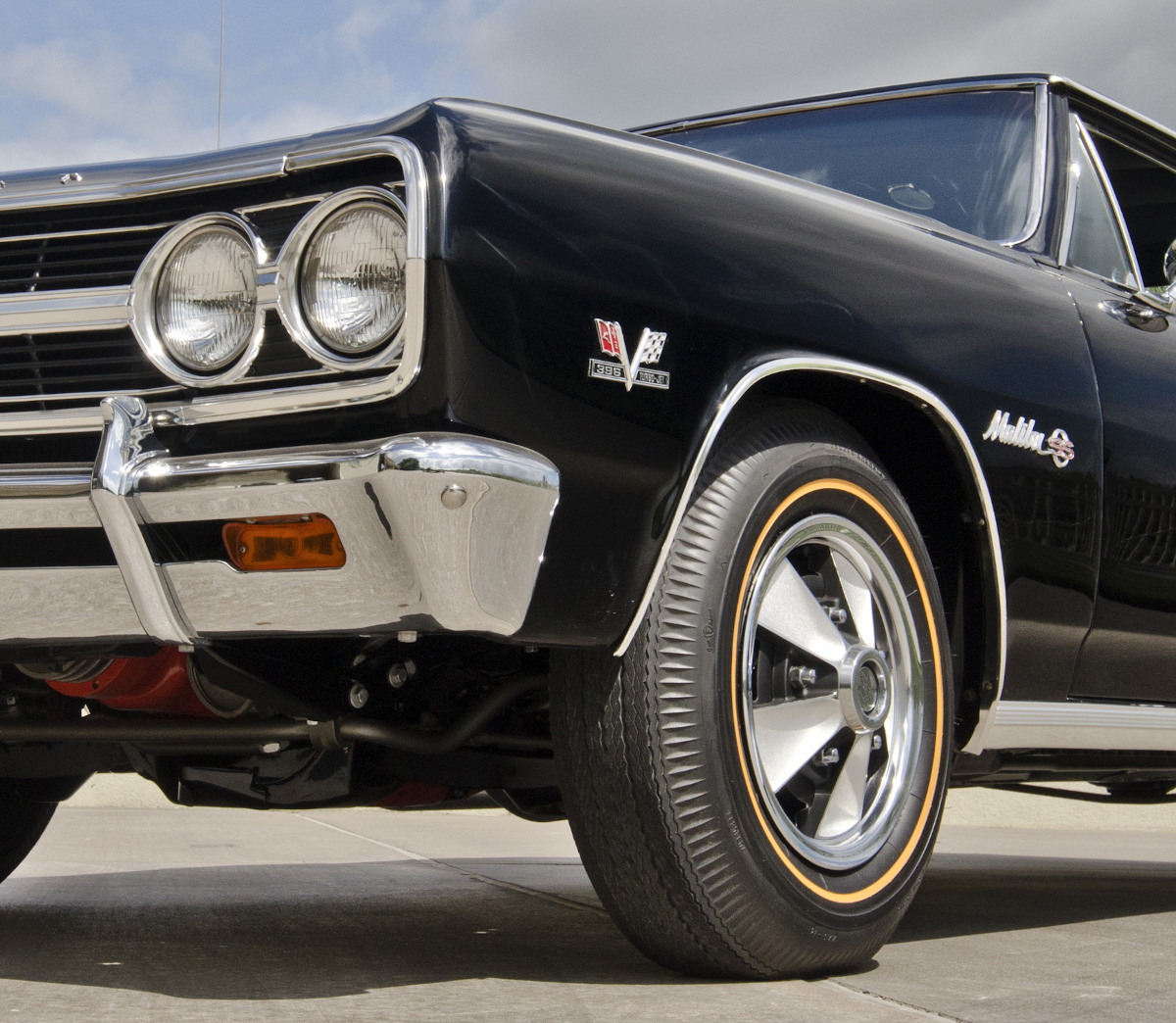 When Pontiac debuted the GTO for the 1964 model year, officially the muscle car era was born. By 1965, GTO competitors in this new muscle car segment began to appear. One of these new muscle cars was the Chevelle SS which would soon become one of the GTO’s biggest competitors. However unlike most early muscle car offerings which only consisted of dropping a large displacement high performance V8 into a pedestrian intermediate car with few modifications, the 1965 Chevelle SS 396 was a complete well rounded muscle car. In fact it was better than the 1965 GTO and better than the 1966 Chevelle SS that replaced it.

For 1965, Chevrolet produced 378,618 Chevelles, and Chevelle SS production was 101,577 units. The SS for 1964 and 1965 was officially called the Malibu SS package which gave the Chevelle a more sporty and upscale look. When Chevrolet added the Z16 performance package to the 1965 Chevelle SS, it provided buyers with one of the best muscle car packages of the golden era. Mandatory was a heavy-duty 4-speed manual transmission, a performance oriented 3.31 rear axle ratio, and dual exhausts. Chevrolet could have stopped there and the Chevelle SS 396 would still be honored today as a fantastic muscle car however Chevrolet gave the Chevelle SS 396 the Impala SS’s heavy duty brakes and a shortened version of the Impala SS’s heavy duty rear axle. Chevrolet also gave the Chevelle SS 396 a heavy-duty suspension and upgraded steering. The net result was an attractive fast muscle car that handled and braked well. This made it well rounded unlike the other muscle cars in the mid-1960s, not to mention it was a very fun car to drive.

The 1965 Chevelle SS 396 was capable of quarter mile times in the low-14 second range. This was very fast back in the day. However the Chevelle SS’s performance was hampered due to its very limited grip because its 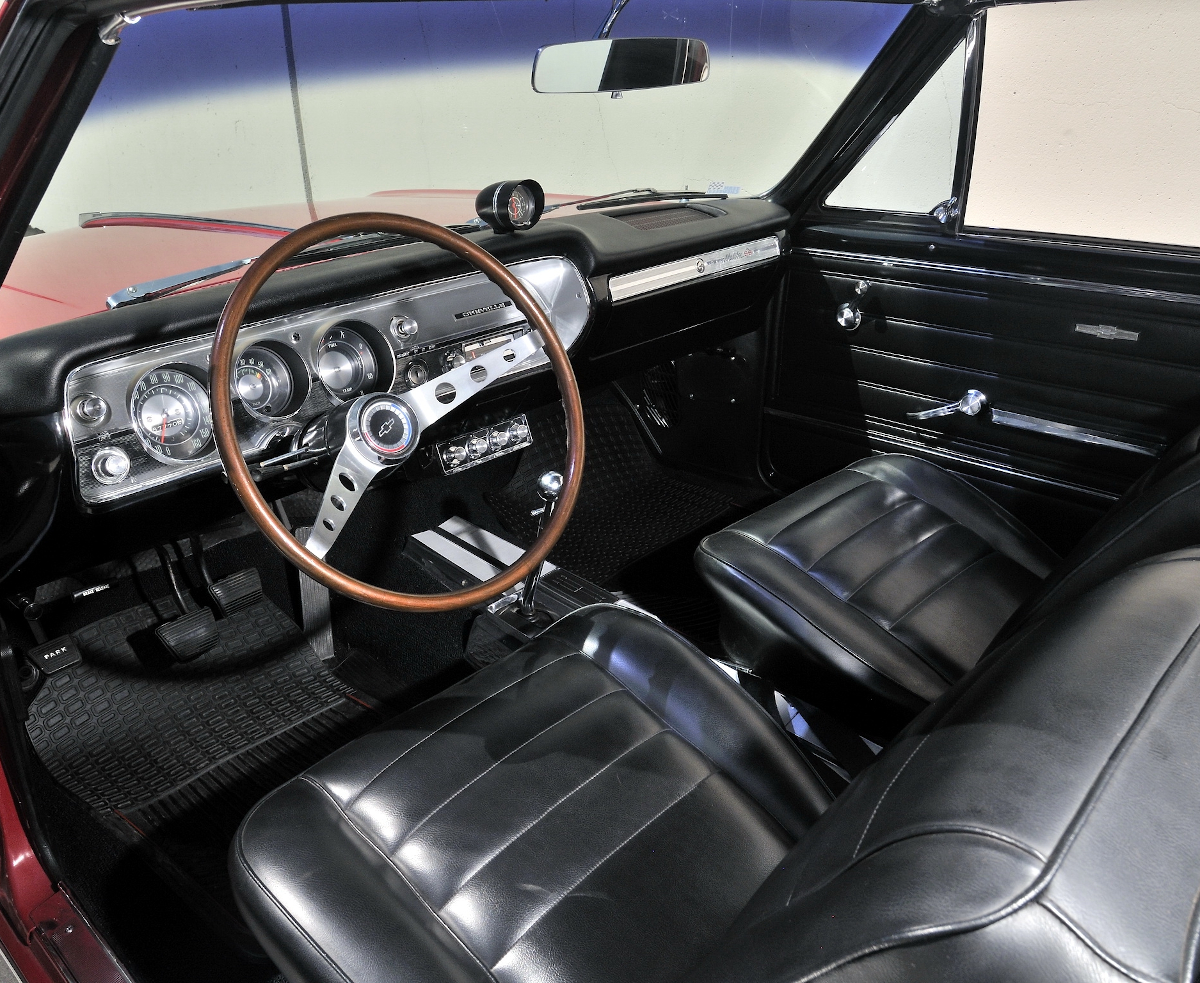 rear axle didn’t have posi-traction and it had skinny tires. Had the 1965 Chevelle SS 396 been available with wider performance tires and a posi-traction rear axle, it would have easily obtained the quarter mile in the high-13 second range or better.

The Chevelle SS 396’s exterior color choices were black, red, and yellow and interior choices were black, red, and white. Like the GTO the Chevelle SS 396 had that muscle car look, letting onlookers know it wasn’t just a regular intermediate car but a true performance machine. It had “Malibu SS 396” badging on the rear trunk, a black front grill, a black horizontal rear trunk panel, sporty simulated magnesium wheel covers, and a few other slight trim additions. It was also standard with a remote control outside mirror, a tachometer, a 4-speaker AM/FM stereo unit, and few other features. Also available to buyers at additional cost were many of the 1965 Chevelle options. The SS 396’s interior was very modern and sporty for its day.

The problem with Chevrolet giving the muscle car buyer a well rounded performance package was its hefty base price of $4,586 which was about $250 more than the base price of a 1965 Corvette. This fact along with its mid-1965 model year release and Chevrolet not promoting the Chevelle SS 396 led to only 201units being 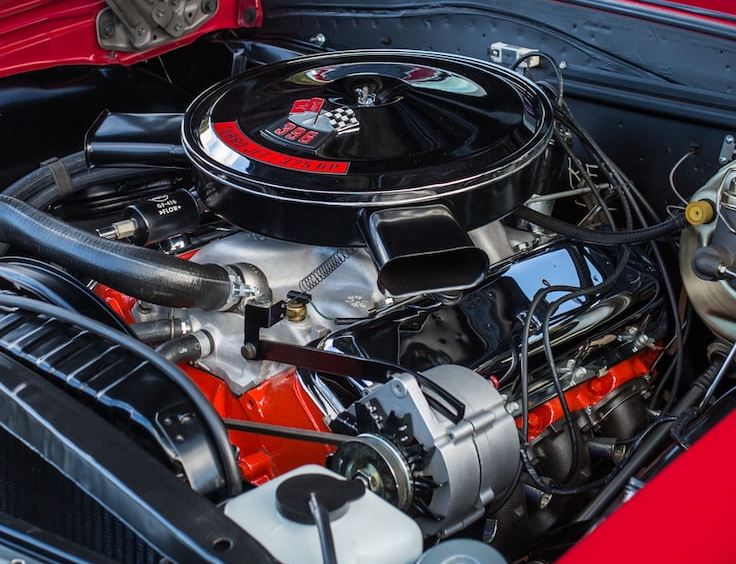 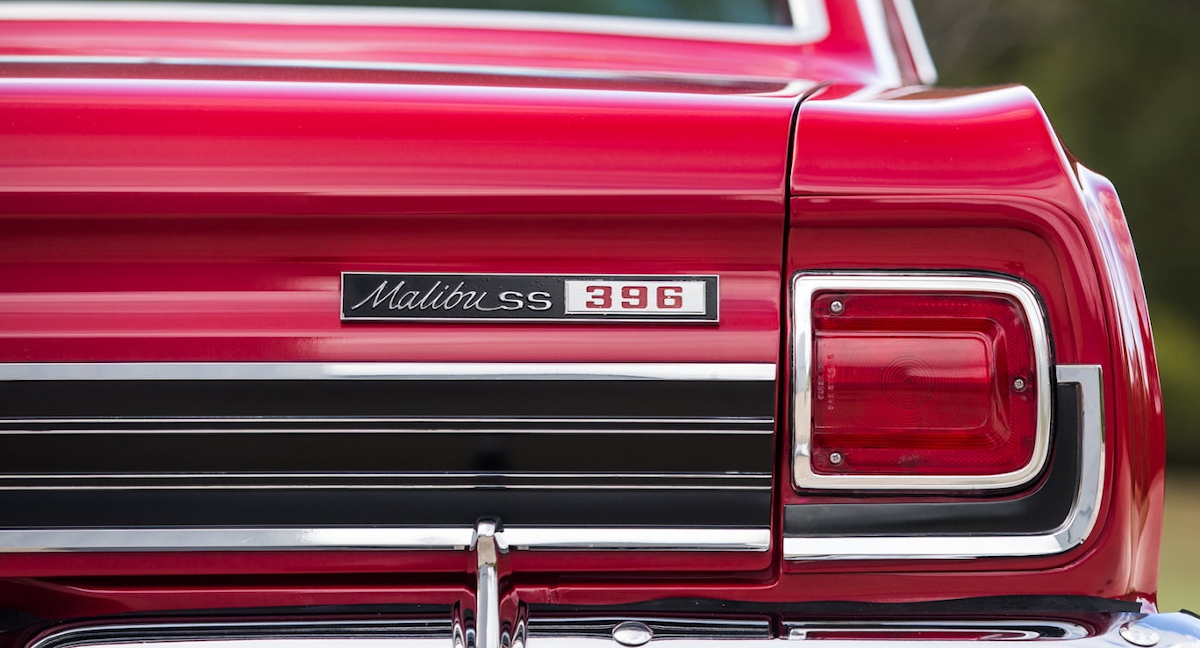