No one can deny the incredible popularity of the Mustang over the last 6 decades. And no one can deny the impact the first year 1964 1/2 Ford Mustang had on the automotive world. It didn’t just forever change the automobile but how we as consumers buy and even think of automobiles. It was that profound of a change that the 1964 1/2 Mustang had on the automobile that still continues today. Since the introduction of 1964 1/2 Mustang, in the automotive world nothing would ever be the same again.

The introduction of the 1964 1/2 Mustang wasn’t an accident or just another new car release, it was a car that was carefully planned and and aimed at an new emerging car market segment, the younger car buyer market who were recent high school and college graduates. Ford had originally marketed the 1960 Ford Falcon and Chevrolet the 1960 Corvair to satisfy this emerging market. Both cars were a success however these cars were also aimed at the very budget conscious small car segment to complete with the Volkswagen Beetle. Unfortunately Ford and Chevrolet couldn’t hide the fact that both cars were budget oriented cars. Ford understood that this new emerging young buyer market was only going to grow by the time of the Mustang’s debut since the first wave of the Baby Boomer generation would be just reaching adulthood. Ford wanted to give these young adults a flashy car they really wanted to buy not a mundane budget car dressed up with chrome and extra body trim.

The real challenge for Ford was creating a sports car with great looking exterior and interior styling that had a very low base price. This had never been done before, that a practical car with seating for 4 adults and a roomy trunk had the looks and appeal of a sports car would be sold for the same price as a basic budget oriented car. Ford originally intended the Mustang to be a budget oriented Thunderbird which at the time was Ford’s premier car that was both sporty and luxurious. However after the 1964 1/2 Mustang’s release, the Thunderbird quickly faded into the background.

It was the 1964 1/2 Mustang’s official debut at the World’s Fair on April 13, 1964 that changed it all. It was a beautiful 2+2 sports car that had a base price of only $2,368. Never before had such a car been released, most young people wanted one and every other age bracket for that matter. It crossed generational lines. After it’s introduction it would hit a the incredible milestone of 1,000,000 Mustangs produced by the middle of the 1966 model year. The impact was so great it formed a brand new car segment called the pony car. By the late-1960s many different car brands had a pony car to compete with the Mustang. Ironically the first pony car was the 1964 Plymouth Barracuda which was named after a fish. It was released a little less than 2 weeks before the 1964 1/2 Mustang. The 1964 Barracuda didn’t have the styling nor the appeal of the 1964 1/2 Mustang so it was immediately overshadowed by the Mustang.

Ford did the impossible and got the Mustang right on its first try, it was the most successful new car launch in history. So much thought and engineering had gone into the Mustang’s exterior and interior design and every other detail. Ford gave buyers a car that looked and drove ahead of its time. Little details such as floor mounted automatic and manual transmissions, front bucket seats, and a sports car dash design and layout were examples of items Ford gave all Mustang 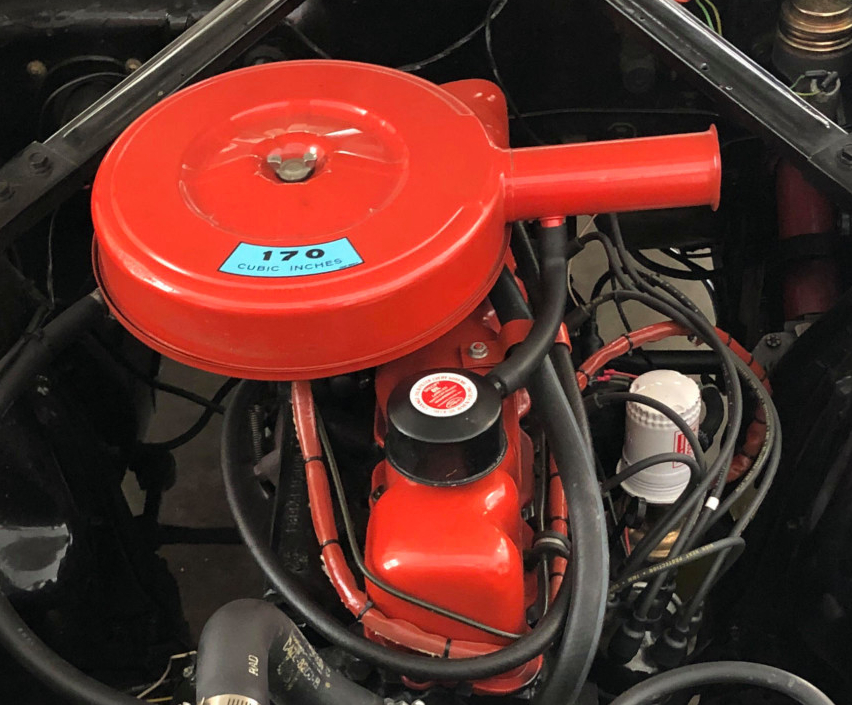 buyers that most automakers at the time would never have never made standard or even optional in a budget car. Add to all this the Mustang was an extremely reliable car which added to its appeal. 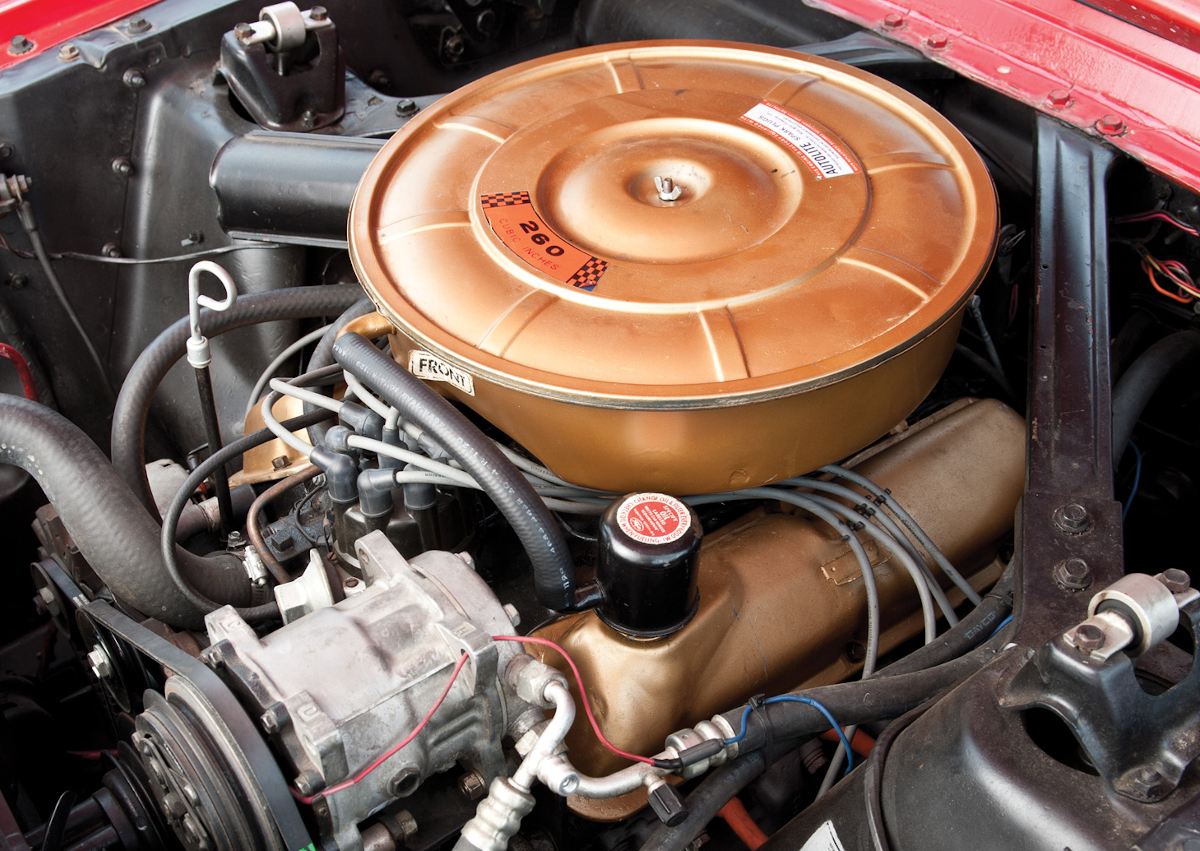 curb weight. When equipped with the HiPo 289 V8, the Mustang could accelerate as quickly as a good number of the Muscle Cars of this era that had much larger displacement V8 engines. Ford also offered the following transmissions in the Mustang, a 3-speed manual, 4-speed manual, and 3-speed automatic.

Ford didn’t make the mistake of going too upscale by offering luxury options on the Mustang. This insured that a very nice equipped 1964 1/2 Mustang could be had for under $3,000. Ford offered just enough options but these were options younger buyers wanted. For instance 1964 1/2 Mustang buyers didn’t want power windows, so Ford didn’t offer this option. The 1964 1/2 Mustang was only available in a 2-door coupe and 2-door convertible. The more sporty 2-door 2+2 fastback body style wouldn’t be available until the 1965 model year. 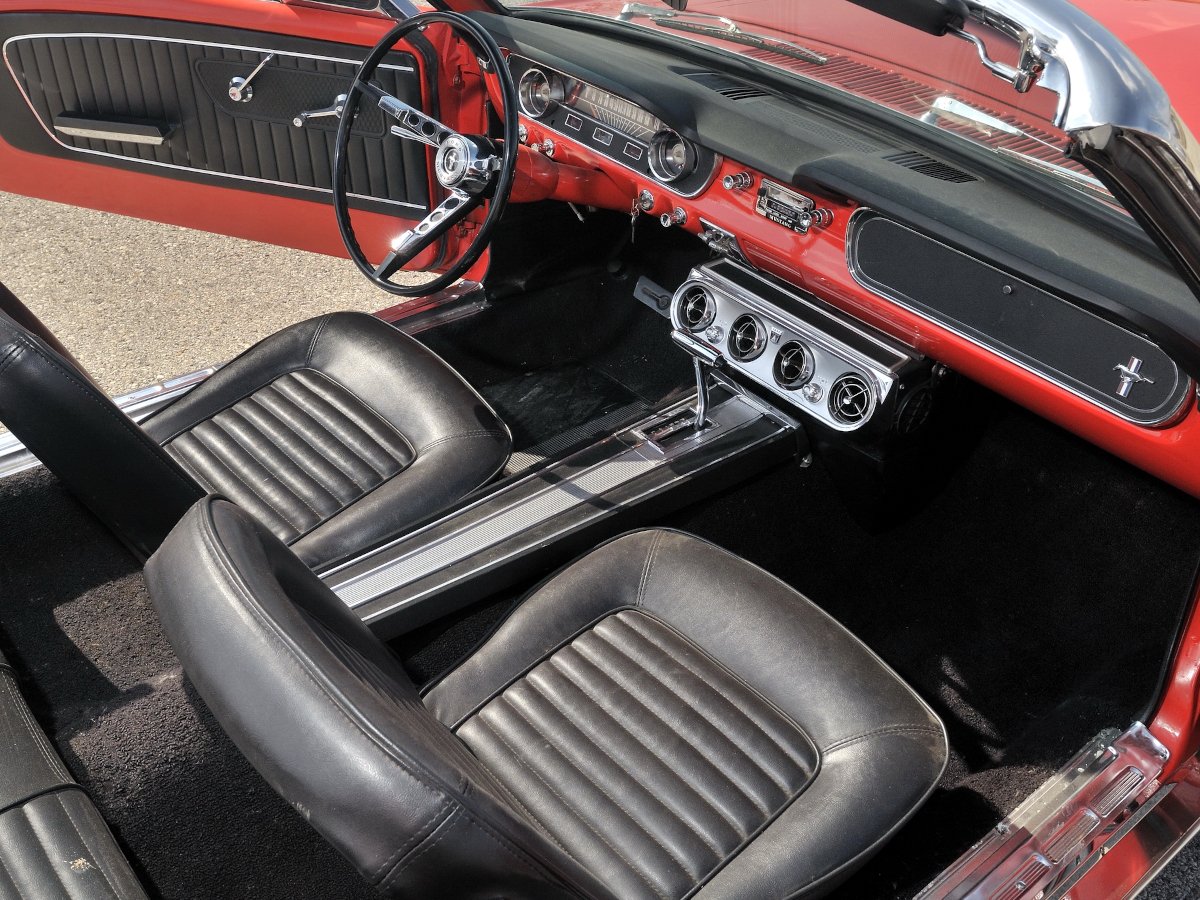