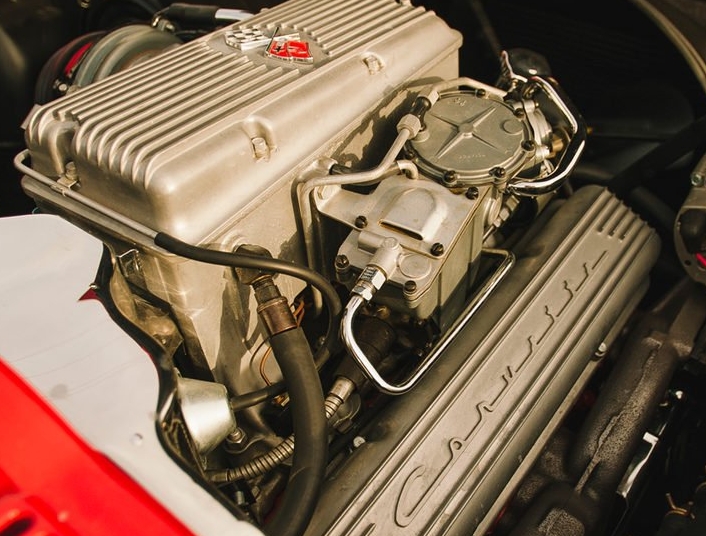 Chevrolet was an innovator when it pertained to fuel injection. It wasn’t the first automaker to offer it in a performance car, that honor goes to Mercedes Benz which first released the fuel injected 300 SL for the 1955 model year. However Chevrolet was pretty close, it offered fuel injection on its small-block 283 cubic-inch V8 for the 1957 model year. It was Chevrolet’s hottest performance engine for 1957, it produced 283 horsepower which was the much sought after 1 horsepower per cubic inch goal that even many performance cars back in the day couldn’t obtain. The “Fuelie” 283 as it was sometimes called, was available on all Chevrolet car models including the Corvette for 1957. It stayed around until the end of the 1961 model year. By that time it was only an available in the Corvette. For 1962 through the middle of the 1965 model year, a more powerful Fuelie small-block 327 V8 was available in the Corvette. 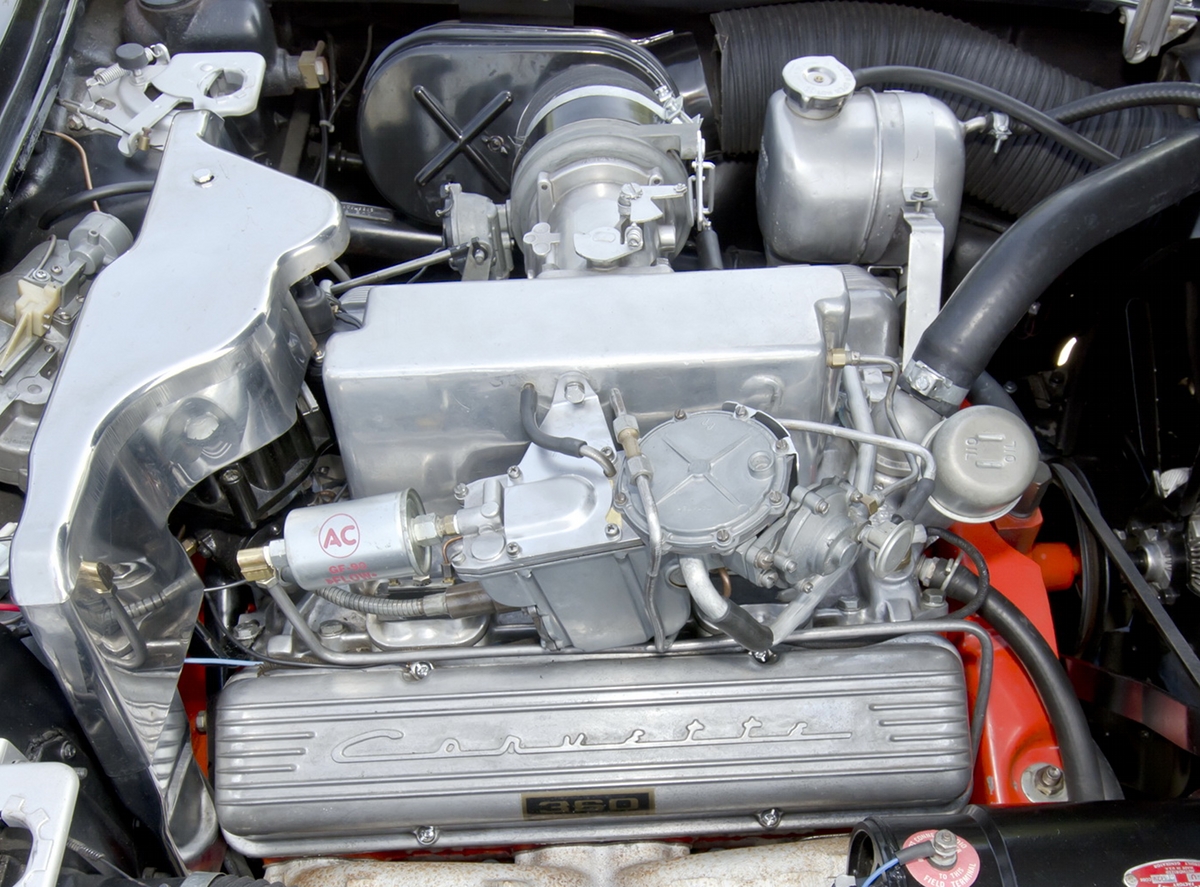 middle-of-1965 but it was the most perfor mance oriented mass-produced small-block V8 up until that time, and when found under the hood of the Corvette gave the Corvette the distinction of being one of the fastest cars in the world.

If the Fuelie 327 was so special, why did Chevrolet stop producing it during the middle of the 1965 model year? It makes no sense looking back in time today with 20/20 vision. Fuel Injection was the future, it took almost 30 more years before all new production cars moved to fuel injection. After-all fuel injection provides better fuel efficiency than a carburetor, due to its superior fuel metering capabilities. It also allows an engine to run better on the coldest and hottest days of the year, when compared to a engine with a carburetor.

But there was a catch to all this, fuel injection was a lot more expensive than the basic carburetor setup during this time period. For instance in 1965, the L-84 Fuelie added $538 to the Corvette’s sticker price, this was 25% of the base price of a 1965 Corvette convertible. Then when you compare the L-84 to the 365 gross horsepower 4-barrel carbureted 327 V8 which was a $129 1965 Corvette engine option, it was easy to see that most buyers weren’t going to pay over $400 extra just to get 10 more horsepower with the L-84 Fuelie. Fuel injection helped Chevrolet maximize the amount of horsepower it could extract out of its small-block 327. By 1965, the effort wasn’t worth it since Chevrolet’s new Mark IV big-block V8 displaced 396 cubic-inches for 1965 and by 1966 there would be a 427 cubic-inch version. Chevrolet instead replaced the Fuelie 327 during the middle of the 1965 model year with the new 396 which produced 425 gross horsepower and 415 lb-ft of gross torque. The cost of the 396 on the Corvette option list was a little under $293 which was paltry compared to the Fuelie’s cost. Starting in 1966, the 427 V8 would replace the 396 as the Corvette’s top performance engine. The truth was big-block V8 engines like the 396 and 427 so easily produced lots of horsepower for such a low production cost which meant many buyers could easy afford them. Not 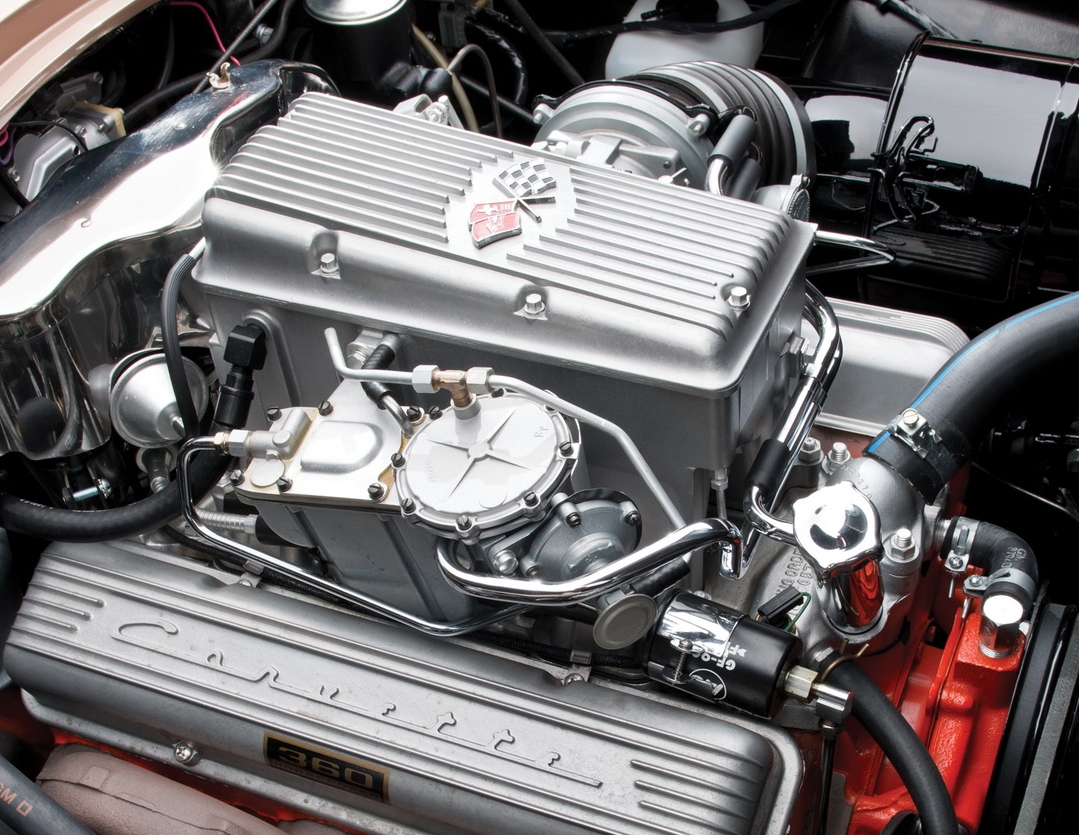 to mention the abundance of low-end torque they provided when compared to the 327. It was cheap carbureted power like this that made more expensive fuel-injected power way over most buyers budgets and thereby causing its demise in 1965. 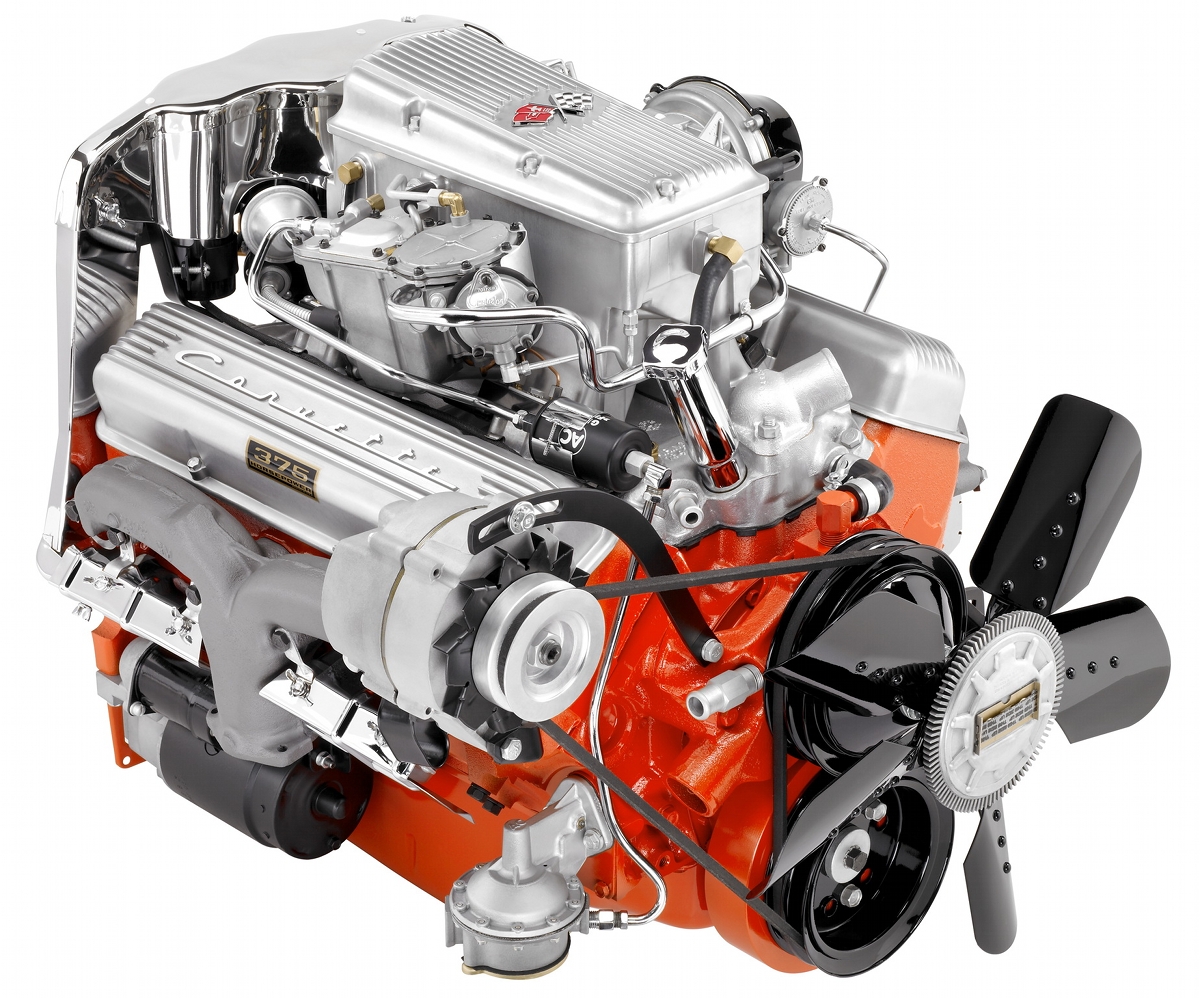 injection system or didn’t want to be bothered the extra effort it took to maintain the system. This wasn’t a problem for those Fuelie Corvette owners that had their Corvettes serviced at Chevrolet dealerships, their fuel injection systems remained intact and generally were well maintained.

However there’s an aspect to this story where Chevrolet’s cancelation of the Fuelie 327 in 1965 was extremely shortsighted – it was pennywise, pound foolish. The future of the Corvette wasn’t the big-block V8, it only lasted through the end of the 1974 model year. The future was the small-block V8 which gave the Corvette plenty of power and also provided better handling since it weighed a lot less over the front wheels than a very heavy big block. The future of the Corvette wasn’t quarter mile runs but being a great handling V8 powered sports car that could go toe-to-toe with the best sports cars in the world. Add to this the fact that Chevrolet could have really used a fuel-injected Corvette in the 1970s when fuel economy became so very important. It would have allowed the Corvette to provide good fuel-economy numbers along with good performance. Chevrolet finally realized this and brought back permanently the fuel-injected Corvette for the 1982 model year. Never-the-less the Fuelie 327 will still go down in history as one of the best performance V8s of the 1960s.