1958 Chevrolet Impala – Much More Than a Placeholder Car 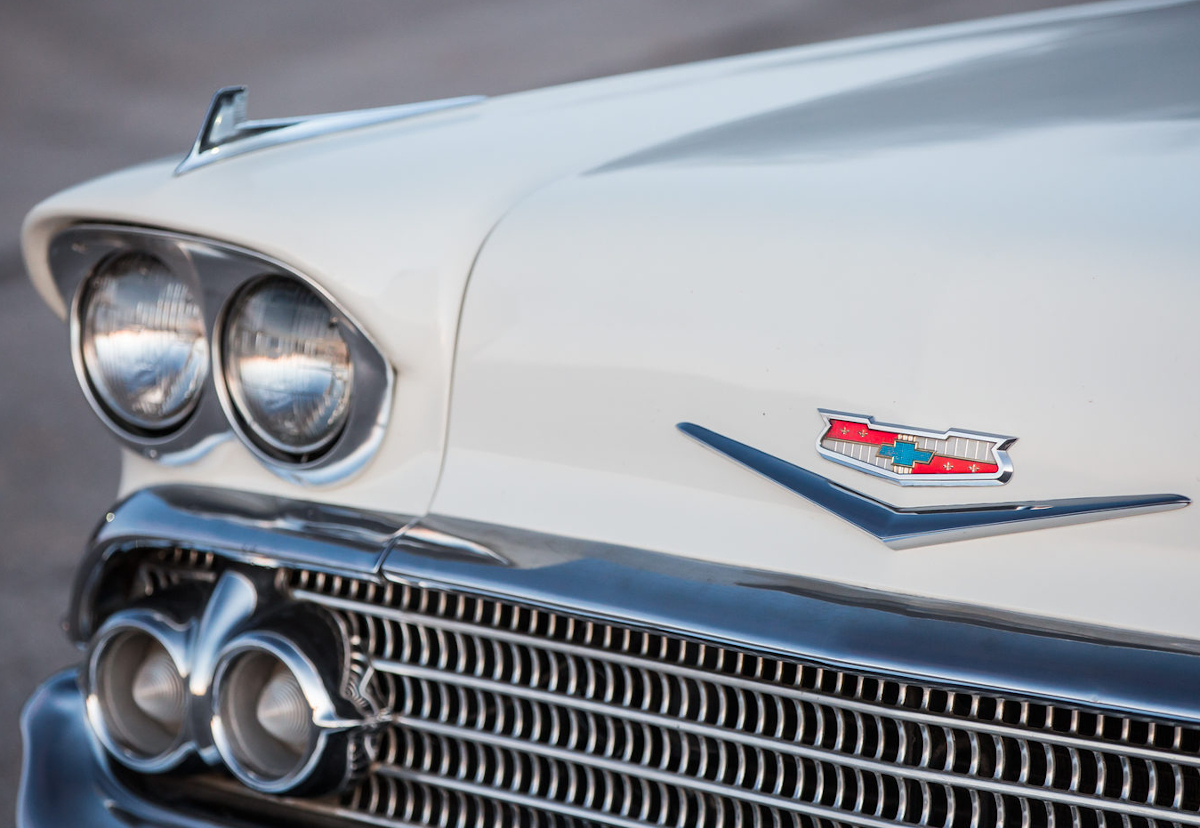 Among the car collecting community the 1955-1957 Chevrolets are revered, all three had very similar styling. The 1957 Chevrolet today is considered the most favorite automotive icon of the 1950s decade because it exemplified the exterior styling, lavish exterior chrome, and big exterior tail fins of this era and had subjectively the best looking overall styling of the 1950s. The radically styled 1959 Chevrolet foreshadowed the low, wide, and long styling that many full-size cars would have during the 1960s decade. The 1957, 1958, and 1959 Chevrolets couldn’t have looked more different from each other – these three sequential model years were worlds apart. To many classic car fans today the 1958 Chevrolet is considered an interim car that was merely a placeholder between the legendary 1957 Chevrolet and the ultra modern 1959 Chevrolet. The truth is the 1958 Chevrolet looked more modern when compared to the 1957 Chevrolet and dated compared to the 1959 Chevrolet, but at the time it was a very modern car that was a lot more than a placeholder.

The 1958 Chevrolet had a lot of innovations and its styling was well received. However the best 1958 Chevrolet trim level was the all-new Impala which was the new upscale version of the Chevrolet Bel Air. It was officially called the 1958 Chevrolet Bel Air Impala which quickly became known as just the Impala. It would help to attract upscale car buyers into Chevrolet dealerships. For the next decade after its release, the Impala provided upscale amenities in a sporty full-size car package, with the 2-door 1961-1969 Impala SS being the pinnacle of the Impala’s early production life. The Impala would stick around in Chevrolet’s lineup through the 1985 model year where by this time it had evolved into a base-level car. The Impala then returned again as the upscale and sporty rear-wheel drive 4-door 1994-1996 Impala SS and then again with the front-wheel drive 4-door 2000-2020 Impala. As of February 2020 the Impala’s production has been temporarily halted and it’s production future is now in limbo.

The styling of the 1958 Chevrolet was very attractive which was one of the reasons why it outsold the 1958 Ford. Ironically the 1957 Ford outsold the legendary 1957 Chevrolet. Staring with the 1958 Impala never before had the overall look of a Chevrolet looked as close to a Cadillac which was GM’s most luxurious and upscale car brand at the time. The Impala had four round headlights like all the other 1958 Chevrolets, however it’s trim was the most upscale of all the 1958 Chevrolets. The Impala’s exterior was loaded with chrome and it was the only Chevrolet to have 6 round rear tail lights, all the other 1958 Chevrolets had either 2 or 4 round tail lights. Chevrolet designers did away with the 1957 Chevrolet’s tall tail fins on the 1958 Chevrolet. This was an extremely bold move since tail fins were what most customers wanted but Chevrolet’s designers must have had the foresight to realize the tail fin fad was at it’s zeith and they wanted to move the 1958 Chevrolet styling into the future. Chevrolet designers instead of removing them completely curved the tail fins sideways towards the outer edges of the car giving the rear trunk area a more modern squarish design. Yet the tail fins were still there so the buyer didn’t feel shortchanged.

In keeping with the sporty nature of the new Impala, Chevrolet decided to only offer the 1958 Impala in a 2-door hardtop coupe and a 2-door convertible. 4-doors would be added to the Impala starting with the 1959 model year. 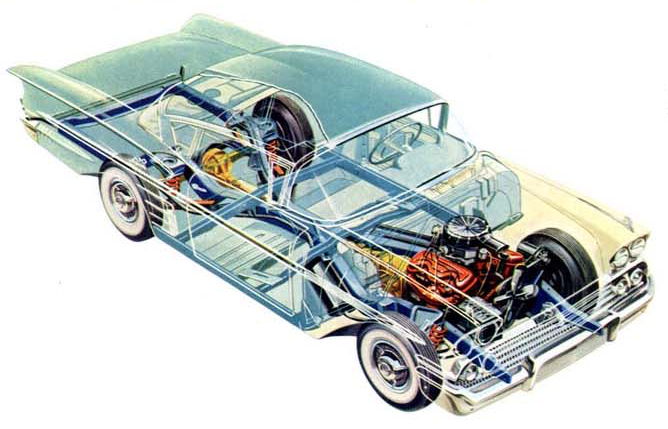 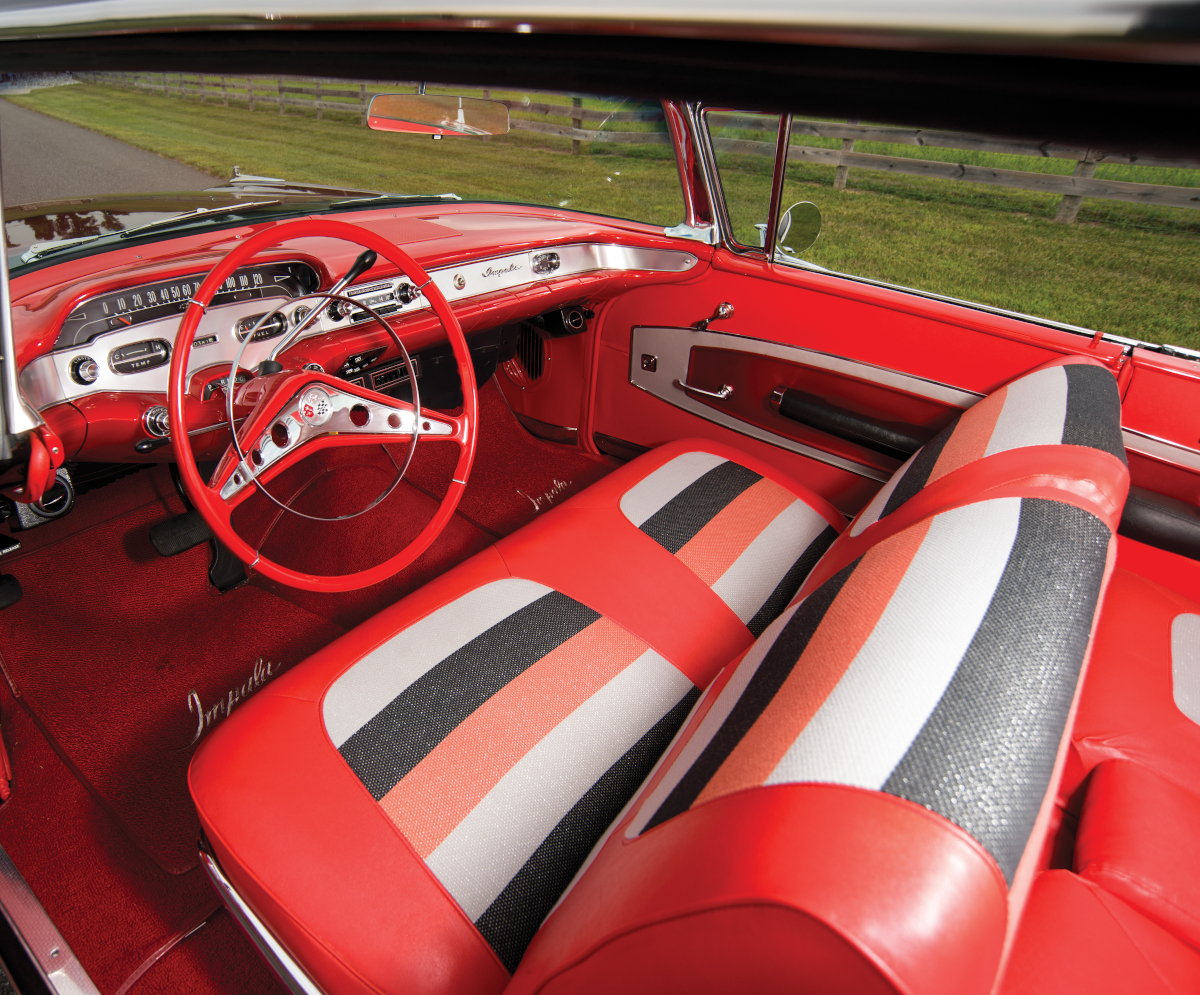 upscale nature of the Impala was most evident in the interior which in comparison to previous Chevrolet models had more bright color choices, more upscale materials, a snazzy dash layout, larger interior space, and a sporty steering wheel.

However the 1958 Impala wasn’t just about a new upscale appearance, it offered a more comfortable ride than previous Chevrolet models and had new state-of-the-art innovations. The 1958 Impala had an all new innovative X-frame chassis which had a standard front and rear coil spring suspension. It provided good ride quality that was better than other new cars at the time with conventional leaf spring suspensions. Optional was an “air ride” suspension that replaced the coil spring suspension with air bags. It provided a Cadillac style ride but it was plagued with reliability issues. Many air ride equipped 1958 Impala owners ended up replacing the air bags with conventional coil springs due to the issues.

The Impala had a wide array of engine choices. Standard was a 235 cubic-inch Blue-Flame straight 6-cylinder engine which produced 145 horsepower. Optional was a 283 cubic-inch small block V8 which was available in 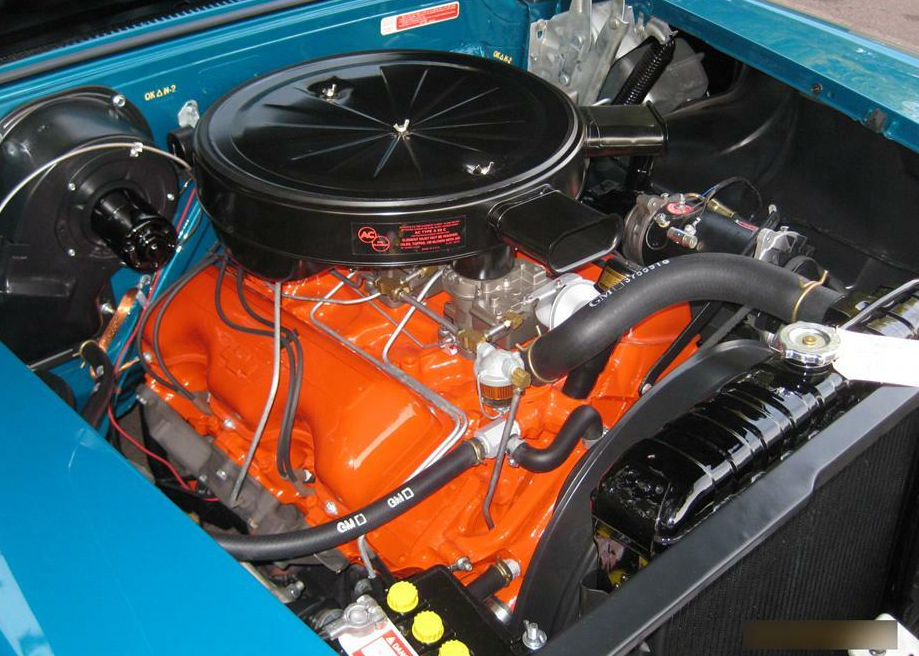 The 1958 Impala wasn’t the placeholder car many claim that it was. It was the first car that showed what Chevrolet was capable of producing, a sporty and upscale car that was also reasonably priced. If there hadn’t been a 1958 Impala there never would have been a 1961-1969 Impala SS and 52 production years of the Chevrolet Impala.