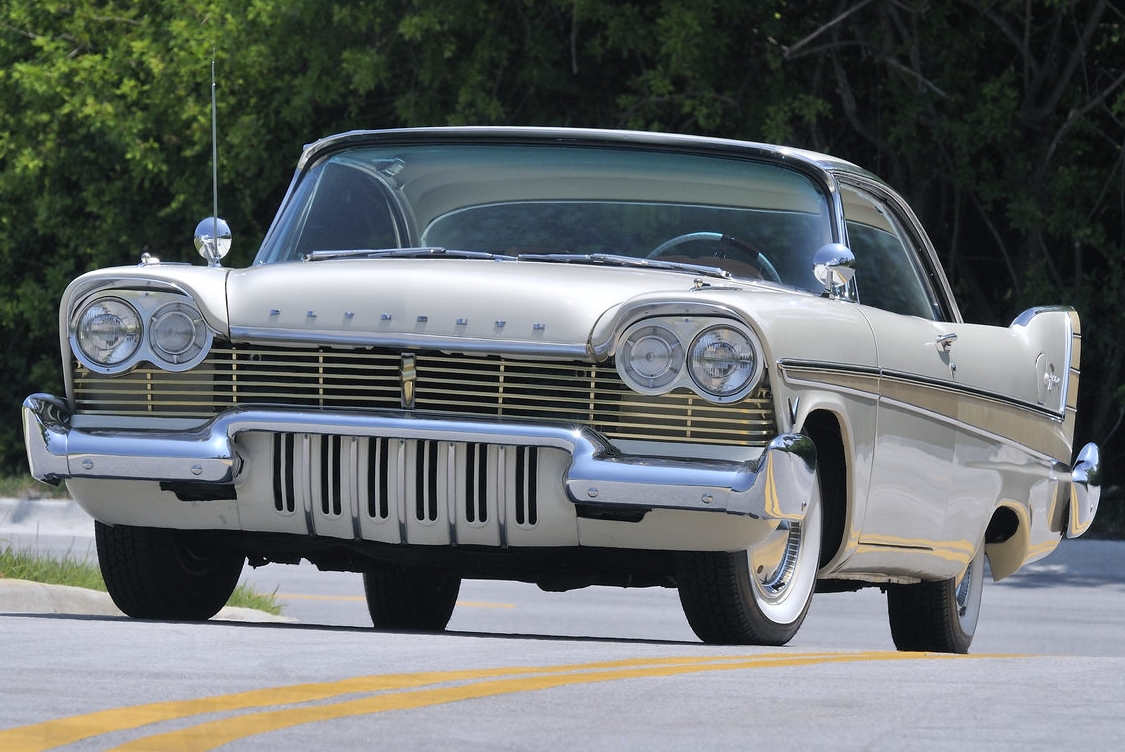 Plymouth from the 1931 model year through the 1960 model year during most years was the number three automaker in the U.S. when it came to sales. For 1970, 1971, and 1974 Plymouth would again regain its title as number three but after that Plymouth would see a great sales slide which would later lead to its final demise at the end of the 2001 model year. It was during the glory years of 1957-1959, that Plymouth produced one of its most iconic cars – the Fury. It was a car that the other automakers envied and copied.

When the Chrysler Corporation released its 1957 full-size car lineup, its Chrysler, Dodge, DeSoto, and Imperial models received much praise however it was the full-size 1957 Plymouth models that had new car buyers mesmerized, and the competition envious. The full-size 1957 Plymouth models were so far ahead of their time that Plymouth had an ad slogan for 1957 called “Suddenly it’s 1960!” – it was a slogan even its competitors believed. GM would copy the low, wide, long, and overall futuristic styling theme of the 1957 Plymouths in its 1959 model year offerings and Ford would do the same in 1960. The 1957 Plymouths had such a design advantage, that both GM and Ford felt they were caught napping. The 1957 Chevrolet may be an icon today but back in 1957, its styling was considered outdated compared to the beautiful styling of the full-size 1957 Plymouth offerings. However the car model that defined the 1957-1959 era for Plymouth was its Plymouth Fury. Even though there were very mild exterior design changes from year-to-year, overall the styling of the 1957-1959 Fury consisted of 4 round headlamps which had eyebrows over them and tall vertical tail fins. The 1959 Fury had a “M” pattern curve over the headlights and there was a new available horizontal tire bulge on the rear trunk panel which gave the 1959 Fury a upscale Chrysler look. 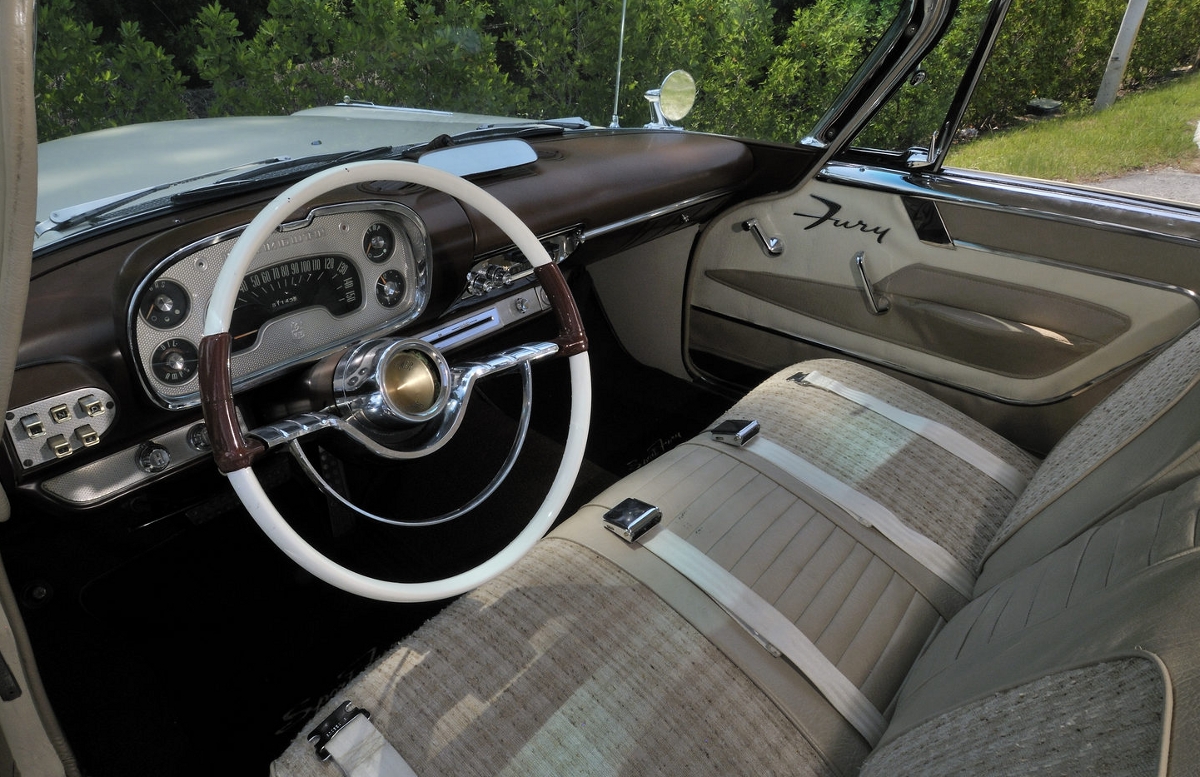 It was the 1959 model year when the Fury officially became its own model and was no longer the Belvedere Fury. With this change different exterior colors were now available but this came at a cost, the Fury became more pedestrian since it was now available in wide array of body styles: a 4-door sedan, 4-door hardtop, 2-door sedan, 2-door hardtop, and 2-door convertible. However Plymouth did offer a luxury performance oriented version of the Fury for 1959 which it called the Sport Fury that was only available in a 2-door hardtop or 2-door convertible.

The 1957-1959 Fury’s performance on the average was superior to its competition. For 1957 and 1958, the Fury had a 290 gross horsepower 318 cubic-inch V8 which had dual 4-barrel carburetors as its induction system. Plymouth’s marketing department referred to it as the 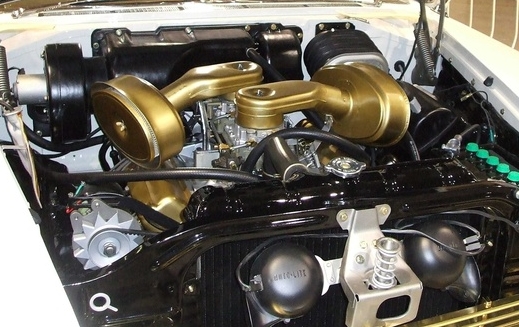 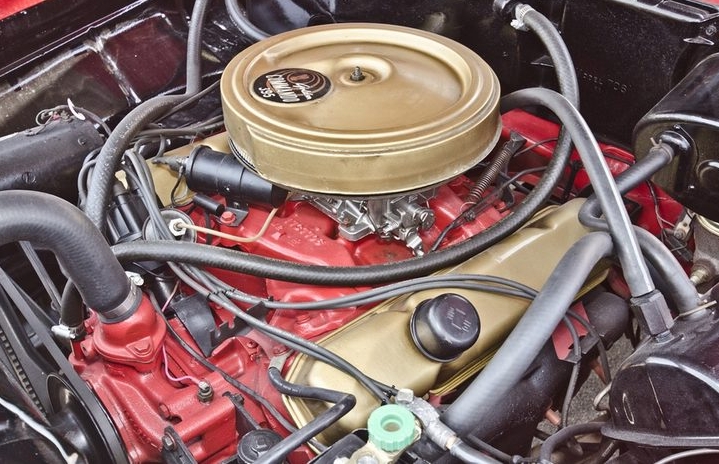 took well over 10 seconds to go 0-60 mph. To compliment the great acceleration, the Fury’s braking and handling were among the best you were going to find in a large car during this time period.

There are some that will say the 1957-1959 Fury was the last of its kind. There is some truth to that opinion since the Fury would move from a body-on-frame platform to a uni-body platform for 1960 however, later on the Fury would return to a body-on-frame structure. Additionally never would Plymouth be so far ahead of its competition when it came to styling and performance. The only negative was the 1957-1959 Fury was plagued with some quality control issues and rust issues. Today, 1957-1959 Fury is considered one of the best Plymouth cars ever produced. The high demand for the 1957-1959 Fury today proves this will continue to be the case for many years to come.