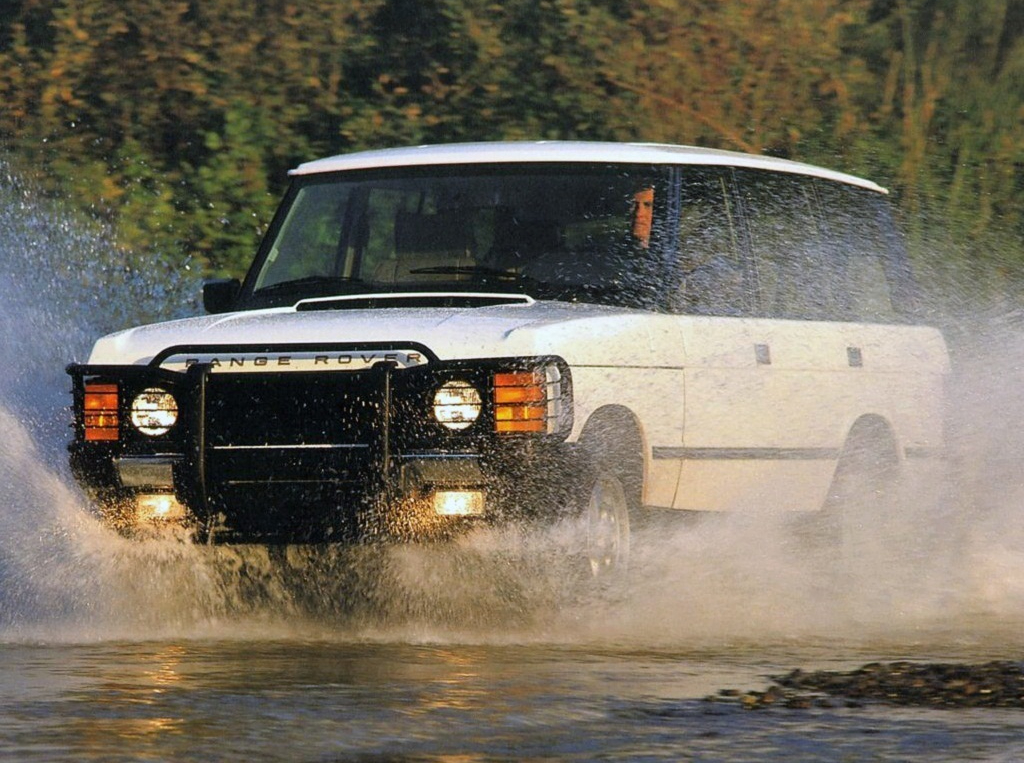 Today about half of all new vehicles sold are SUVs. Even a decade ago no one would have thought this possible. There have been so many different SUVs produced especially over the last few decades however there are 10 SUVs that were trailblazers in the SUV segment that forever changed America. These were SUVs that had such a huge impact on not only the SUV market but on the automotive industry. Here’s a list of those 10 SUVs. 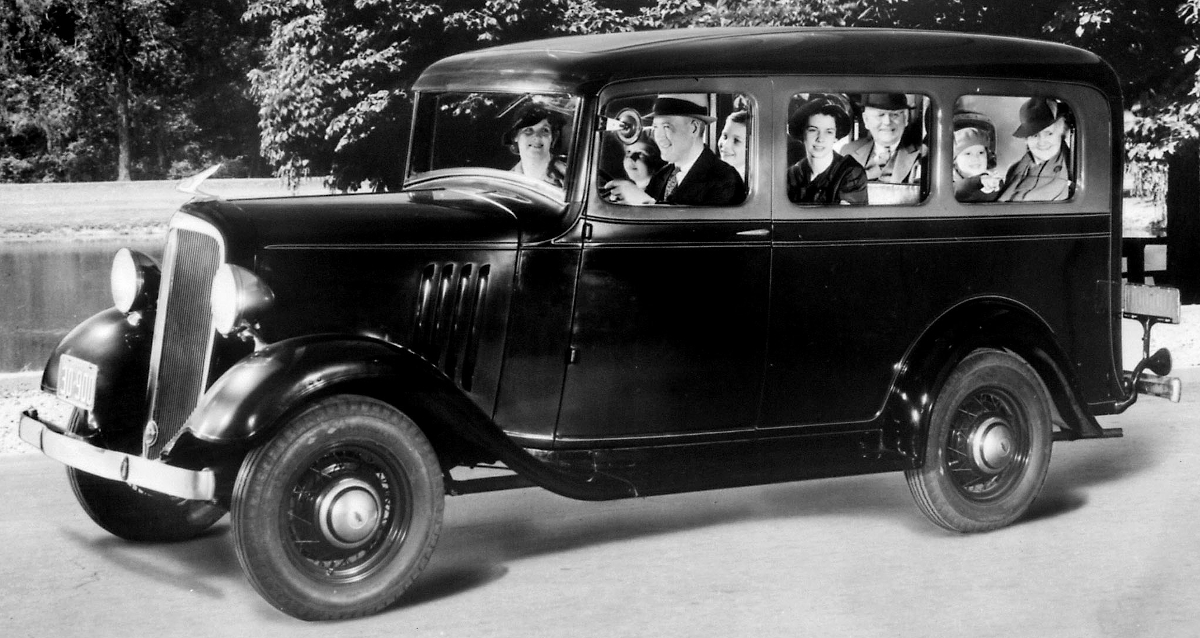 Today the Chevrolet Suburban is the standard for ultra large SUVs. The Suburban first made its debut for the 1935 model year. The 1935 Suburban was a 2-door wagon with three rows of seats and its official name was the Chevrolet Carryall Suburban. At the time it was classified as a wagon but unlike most wagons of this era the entire vehicle had a steel body and steel structure while the other wagons had a wood structure with wood body panels. However what made the 1935 Suburban so unique and the first SUV ever produced was that it utilized a heavy duty truck platform instead of a car platform. The Suburban started off as a vehicle with a very small customer base but slowly gained a following, for the 1957 model year 4-wheel drive become an option and then in 1973 the 4-door model was first introduced. By the 1980s the Suburban really caught on in popularity and today its more popular than ever. 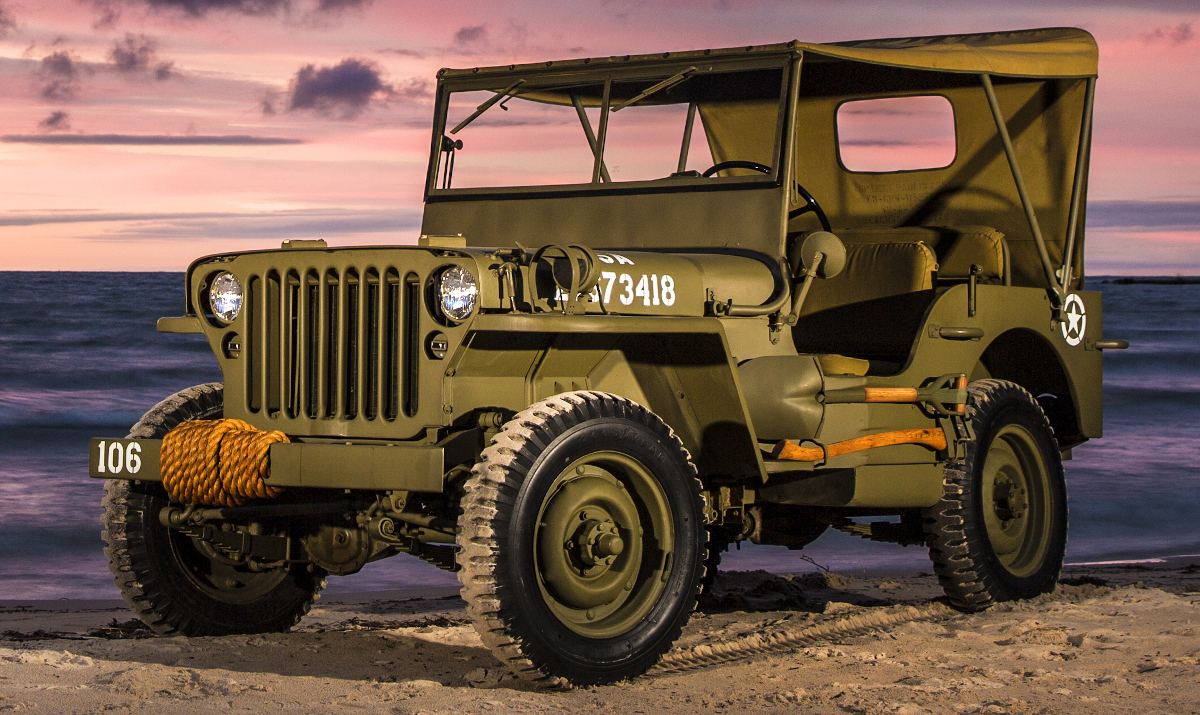 The Jeep Wrangler phenomenon may have started with the 1987 model year, but the roots of its success began when first Willys MB Jeep was produced for the U.S. military in 1941. It was the workhorse that helped America and the Allied Powers win World War II. It was the U.S. service men who came home from the war after their experience with the MB Jeep’s incredible 4-wheel drive off-road capabilities who wanted to own their own Jeeps that caused Willys to develop the original CJ1 and CJ2 Jeeps for the commercial market. Jeep had a few different owners over the next several decades but the CJ series continued until the CJ7 was replaced by the Wrangler for the 1987 model year. Even though it’s been about 80 years since the Willy’s MB Jeep first made its appearance it’s basic shape and go anywhere DNA is still present in the current Jeep Wrangler. Not to mention the MB Jeep also led to the formation of the Jeep auto brand which today is America’s most popular SUV brand.

Back in the early-1980s, cars were a vast majority of new vehicles sold in the U.S. market. SUVs were only a very small fraction of the overall market. However it was Jeep’s introduction of its new XJ platform 1984 Cherokee which was a compact 4-wheel drive SUV that changed all this. Though the 1984 Cherokee was available in a 2-door model, it was the 4-door version that began the modern SUV craze. It was not the first 4-door SUV but the first to very popular in the U.S. market and it was the first to prove that a SUV with modern unibody construction could be rugged off-road. Nothing shows how popular the 1984-2001 Cherokee was more than its total production which was just under 3 million units. If it had not been for the 1984 Cherokee there would have never been a Jeep Grand Cherokee or Ford Explorer or any of the new 4-door SUVs currently on the market. 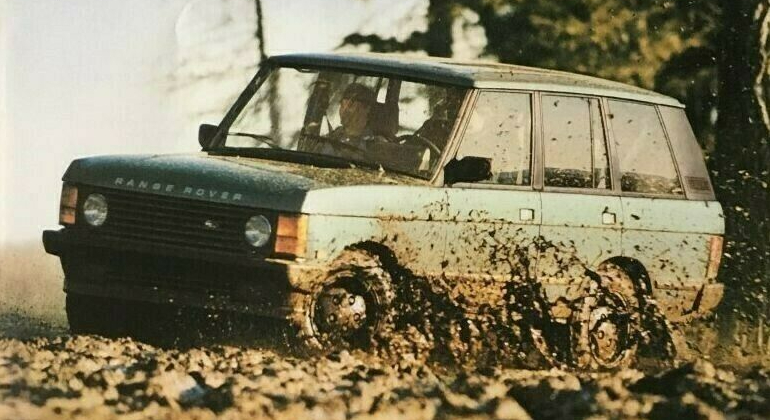 Though the Range Rover was first introduced by the Rover Corporation for the 1970 model year in the UK, it didn’t officially make its debut in the U.S. until the 1987 model year. The 4-door 1987 Range Rover introduced America to the ultra luxury SUV. Though the 1984-1991 Jeep Grand Wagoneer was America’s luxury SUV at the time, the 1987 Range Rover had more luxury options and it’s base price of $30,825 was just over $7,000 more than the 1987 Grand Wagoneer’s base price. The Ranger Rover’s squarish exterior styling and tall side glass windows along with its available leather seats, real wood interior trim, and its great 4-wheel drive off-road capabilities made it America’s favorite ultra luxury SUV. Land Rover didn’t rest on its laurels, it continued to improve the Range Rover and today it’s still the standard of luxury for SUVs.

In response to the success of the XJ platform Cherokee, Ford released the 1991 Explorer which was a mid-sized SUV available in 4-door and 2-door versions. The Explorer may not have have been as rugged off-road as the Cherokee, but its optional 4-wheel drive system was capable enough. The Explorer had traditional truck like body-on-frame construction. The reasonably priced Explorer gave customers a substantially larger interior that had more spacious seating and cargo capacity than the Cherokee. The Explorer’s 4.0 liter V6 may have only produced 160 horsepower but it was smooth, reliable, and fuel efficient. The Ford Explorer immediately became America’s best selling SUV and even today it’s still on the list of the top 10 best selling SUVs. 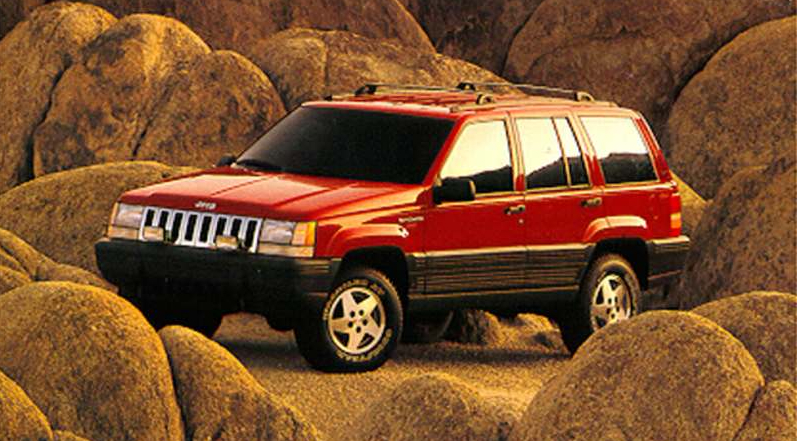 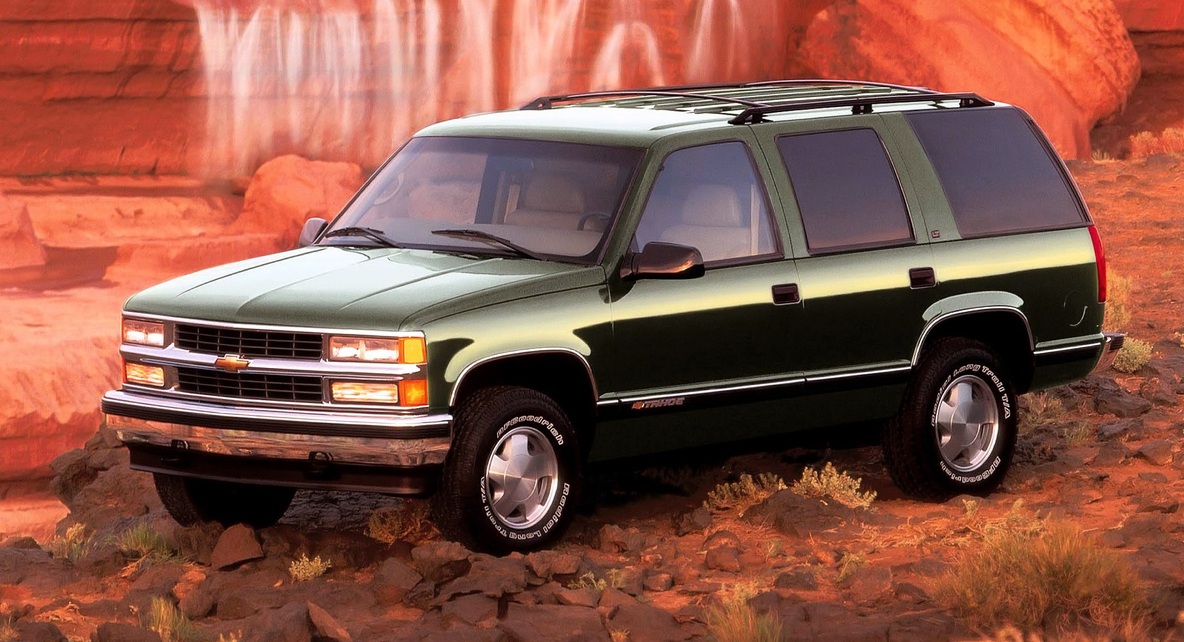 When SUVs were really skyrocketing in popularity during the early-1990s, reasonably priced large SUVs like the Ford Bronco, Chevrolet Blazer, and Dodge Ramcharger were only available with 2-doors. The only exception was the ultra large 4-door Chevrolet Suburban which was too large for the majority of SUV buyers especially those who drove their SUVs in urban environments where parking spaces tended to be substantially smaller. Chevrolet fixed this problem with the introduction of the 4-door Chevrolet Tahoe for the 1995 model year. The 4-door Tahoe was full-size but no too large, it had the same width and height as the Suburban but it’s length was a more reasonable 199.1 inches verses the Suburban’s 219.5 inches. Add to that its standard V8 power and optional 4-wheel drive system and it’s easy to see why the 4-door Tahoe became a runaway success and within a few model years the 2-door Tahoe was cancelled. The 4-door Tahoe still lives on today more popular than ever. 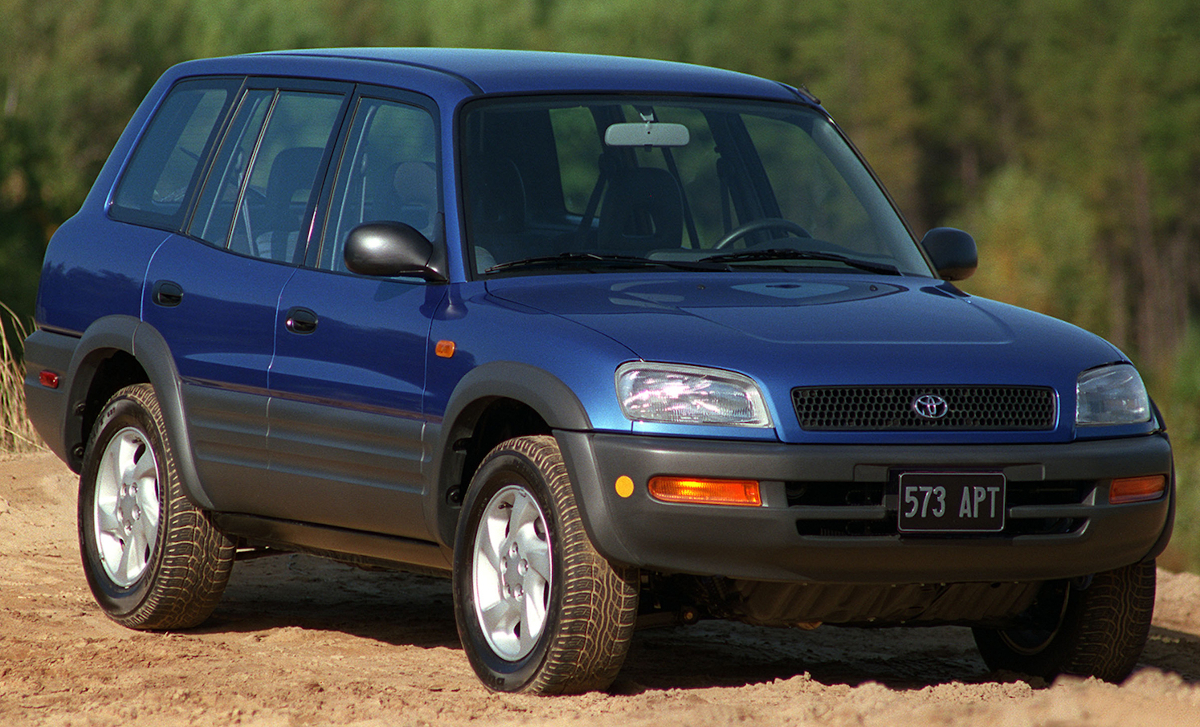 With the introduction of the RAV4 to the U.S. market for the 1996 model year, Toyota created the Crossover Utility Vehicle (CUV) market segment. A CUV is a SUV that’s built on a unibody car platform. CUVs are generally based on front-wheel drive car platforms and usually are either front wheel drive or all-wheel drive instead of having an off-road oriented 4-wheel drive system. The 1996 RAV4 was a compact CUV based on the front-wheel drive Toyota Corolla platform. It only had a 2.0 liter 4-cylinder engine and wasn’t engineered to be an off-road vehicle like traditional SUVs. However the 1996 RAV4 provided very good reliability, good fuel efficiency, a comfortable interior cabin, and optional all-wheel drive system that provided good traction in inclement weather. The CUV market segment that the RAV4 created soon became America’s best selling SUV segment. Today the RAV4 is America’s best selling SUV. 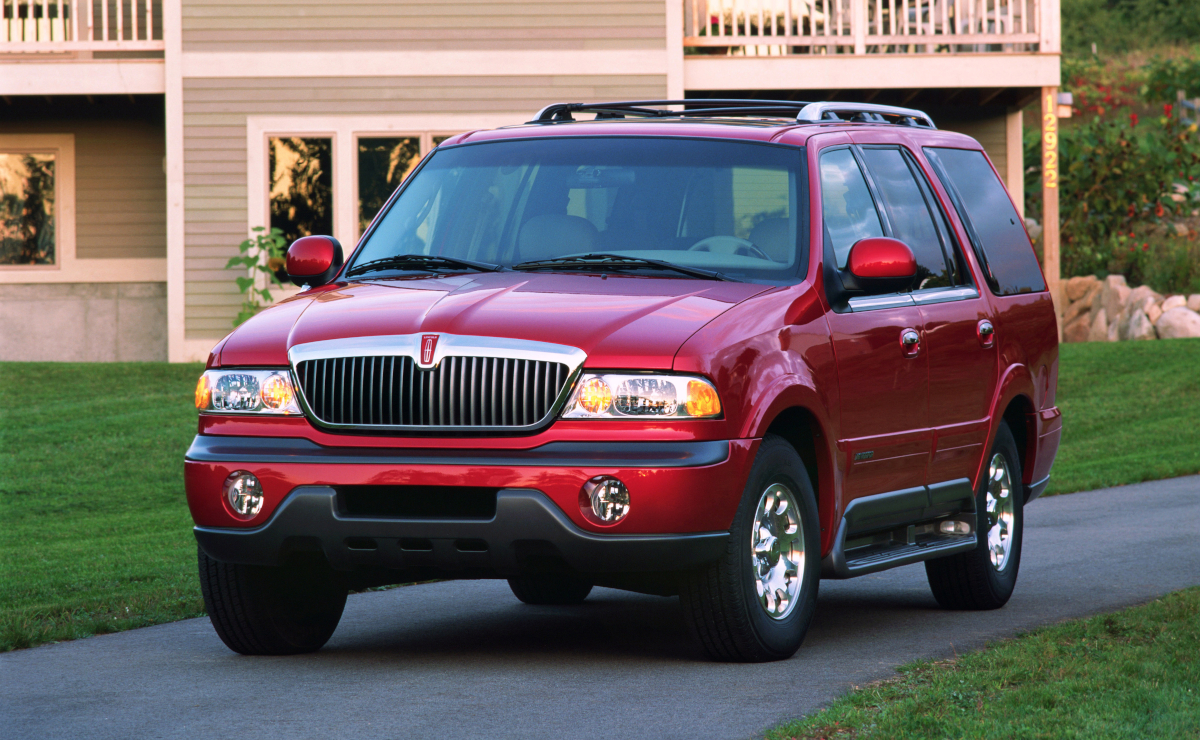 When Lincoln released the new full-size 1998 Navigator which was built on the new Ford Expedition’s U-platform, it was the first American made modern full-size luxury SUV. The Navigator had a traditional body-on-frame structure during an era when the general SUV trend was to move to the more modern unibody construction. The Lincoln Navigator offered a luxurious and very roomy interior, plenty of cargo space, a standard 5.4 liter V8 engine, and optional third row seating. With all the standard luxury features the 1998 Navigator had, with a base price of $39,310 for the 2-wheel drive model and $42,960 for the 4-wheel drive model, it was no surprise it was a good seller. For the 1999 model year the Cadillac Escalade debuted and became the Navigator’s main competitor. Today the Lincoln Navigator and Cadillac Escalade are still around and both still have body-on-frame construction and lots of modern luxury features and options and both continue to sell very well. 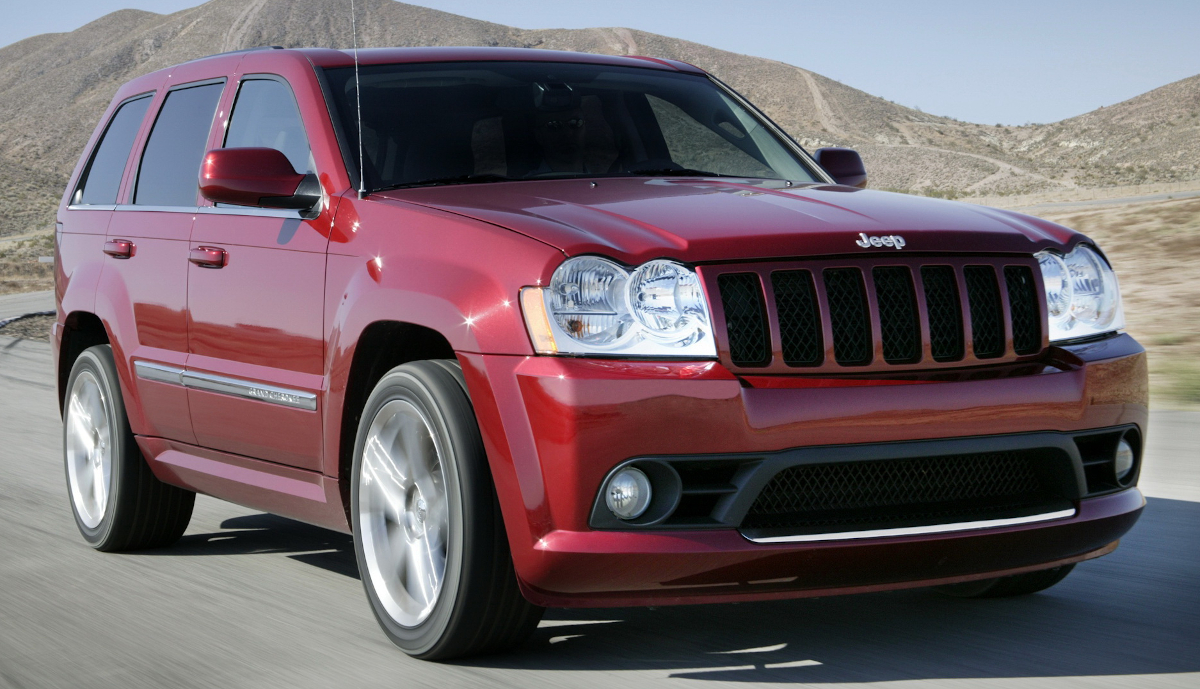