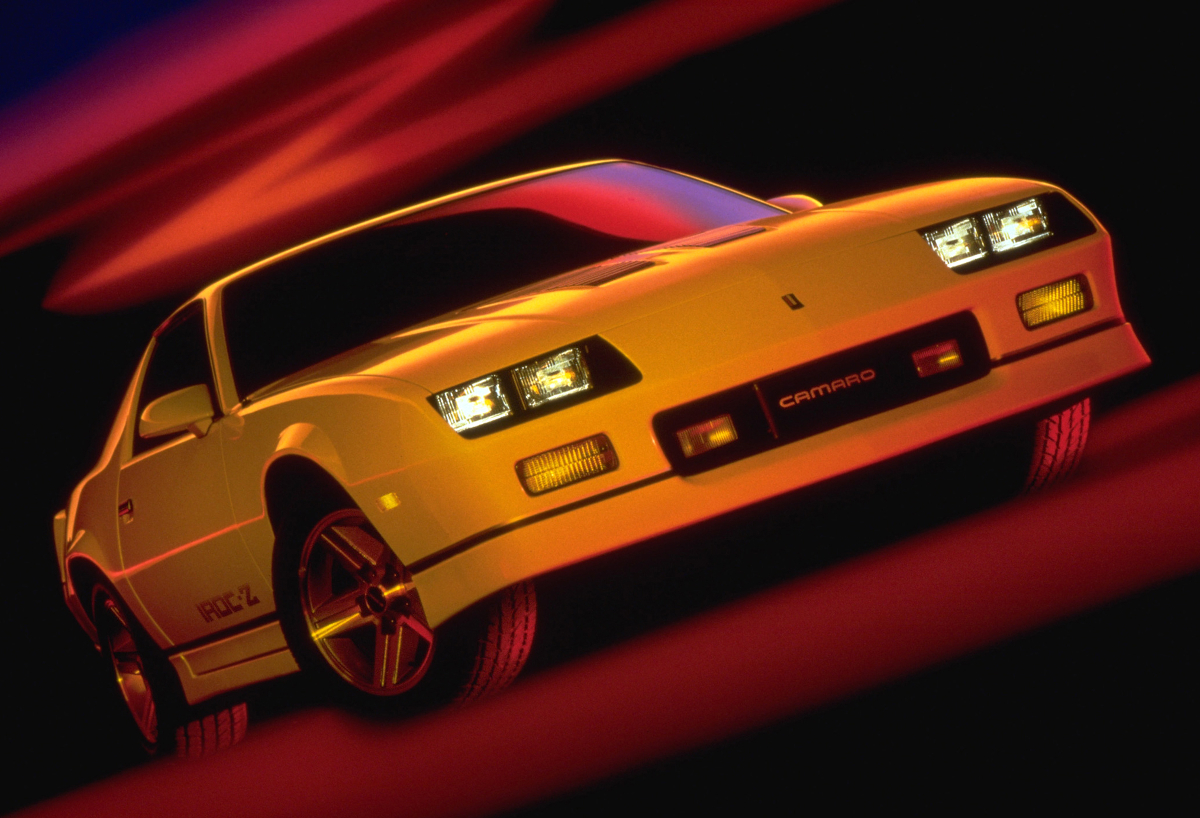 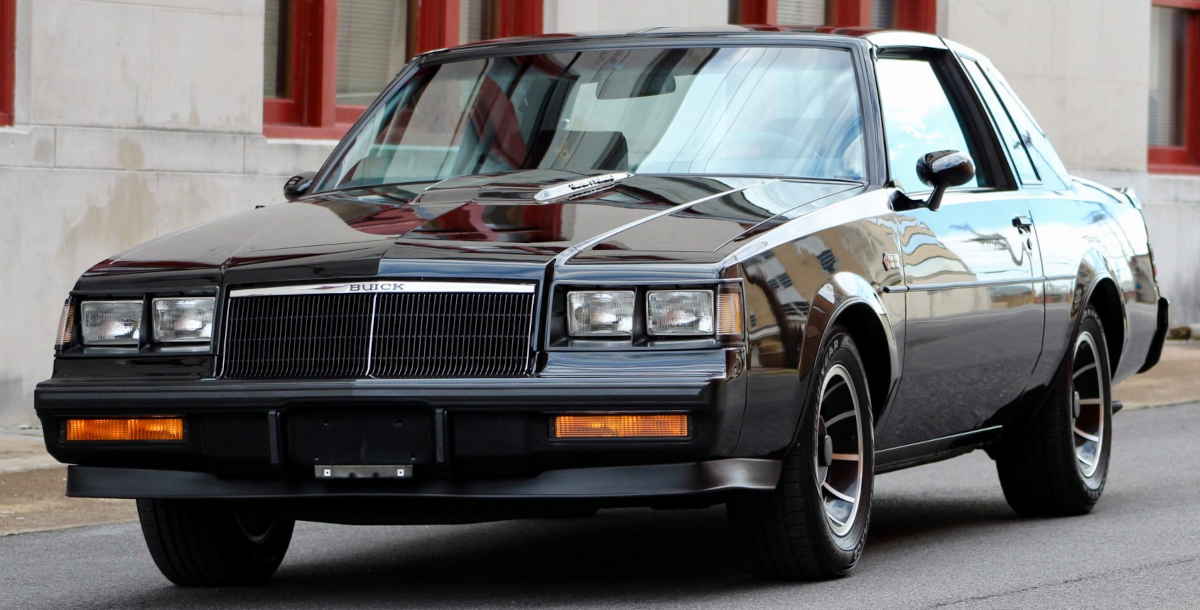 The Buick Grand National reached its performance peak for 1987, it’s last model year, with a factory rating of 245 horsepower and 345 lb-ft of torque which of course was underrated. The 1985 Grand National which produced 200 horsepower and 300 lb-ft of torque was extremely powerful by 1985 model year standards. The 1985 Buick Grand National had the looks, handling, and attitude to make this list. It was faster than most of its competition with 0-60 mph in 7.5 seconds and the quarter mile in 15.7 seconds at 87 mph. The 1985 Grand National was a great 1980s traditional muscle car. It was rear wheel drive, had comfortable seating for 5 occupants, and plenty of trunk space. However it also foreshadowed the future since it had a high performance turbo SFI 3.8 liter V6 that had the power output of a 1980s high performance V8. 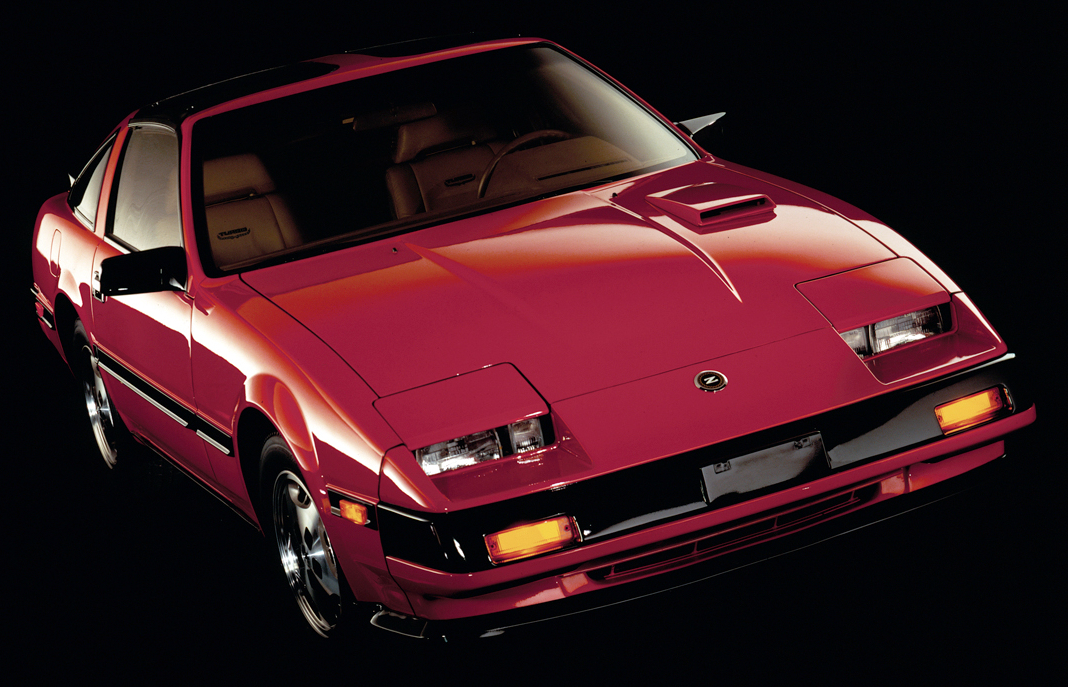 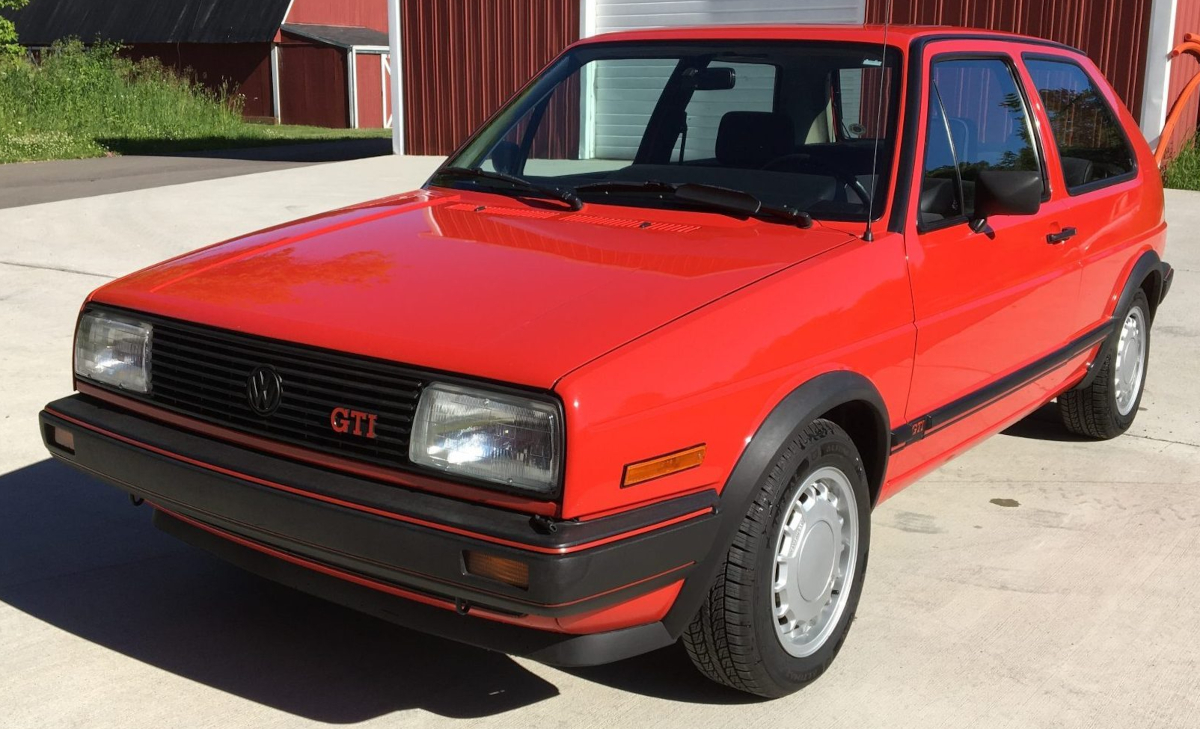 Volkswagen due to it being a budget oriented car brand didn’t have the resources to develop a serious 2-door performance car for the 1980s. Volkswagen instead decided to offer a serious performance version of its front-wheel drive compact car, the Golf GTI. For the U.S. market it first appeared for the 1983 model year as the Volkswagen Rabbit GTI. For 1985, U.S. buyers received the Golf GTI which was the performance version of the all new second generation Golf. It was available in two body styles, a 2-door hatchback and a 4-door hatchback. The Golf GTI was the perfect German engineered performance car for those with a limited budget, it had a base price of only $8,990. For this price a U.S. buyer got an sporty performance car that handled well, had great steering feel, fantastic braking, very responsive acceleration from it’s 1.8 liter 4-cylinder engine, and great gas mileage. Add to all this, the Golf GTI was a really fun car to drive.

Back in 1985, the Porsche 928 was Porsche’s premiere sports car. However it was the 1985 Porsche 911 Carrera that was Porsche’s better sports car. It had a rear engine, rear wheel drive, had plenty of power, great handling, responsive steering, and fantastic braking. With it’s 3.2 liter Boxer 6-cylinder engine which produced 200 horsepower and 185 lb-ft of torque the 1985 911 Carrera had a unique engine sound that sounded like nothing else on the road at the time. It was paired with a 5-speed manual transmission. Due to its powerful engine and very light curb weight of only 2,615 lbs The 911 went 0-60 mph in 5.3 seconds and the quarter mile in 13.9 seconds. However the 911 Carrera’s best selling point was it’s traditional Porsche exterior styling that even today is just as loved as it was back in 1985.

The Trans Am for the 1985 model year received an attractive exterior styling update that returned the Trans Am to a more muscle car appearance. This revised character harkened back to the extremely popular second generation 1970-1981 Trans Am. Proof of this was the optional large bird hood decal was back for 1985 after a 4 year hiatus. It’s new top engine now surpassed the 200 horsepower mark which a Trans Am last accomplished in 1980. Its top engine option for 1985 was a 205 horsepower and 270 lb-ft of torque 5.0 liter V8 with Tuned Port Injection which gave the Trans Am some very quick acceleration. 0-60 mph took around 7.0 seconds and the quarter mile in 15.0 seconds. The 1985 Pontiac Trans Am had some the best handling, steering, and braking you were going to find back in the day with it’s optional WS6 handling package.

Just like the Trans Am the Camaro Iroc-Z for 1985 had a modern muscle car look. The Iroc-Z was the new top performance Camaro model for 1985. It had a very attractive monochromatic exterior paint scheme. As catchy as the 1985 Trans Am’s looks were the 1985 Camaro Iroc-Z garnered a little bit more attention. Just like the Trans Am, the Iroc-Zs top performance engine for 1985 was the new 5.0 liter V8 with Tuned Port Injection however it was rated at 215 horsepower and 275 lb-ft of torque which was a slightly higher power output than the same engine in the Trans Am. This was due to the Iroc-Z’s Tuned Port Injection system having a a more free-flow engine air filter box which negated the Trans Ams’ aerodynamic advantage. Hot Rod magazine (February 1985 issue) tested the 1985 Camaro Iroc-Z equipped with Tuned Port Injection and obtained 0-60 mph in 7.0 seconds and the quarter mile in 15.0 seconds. The 1985 Camaro Iroc-Z also had class leading handling, steering, and braking.

The Countach needs no introduction, it was one the most beautifully styled 2-seat sports car of its era. Every performance car fan back in the 1980s wanted to own one. Unfortunately it’s high price tag made sure only the select few could own one. For 1985, Lamborghini released the LP5000 QV version of the Countach which had a new DOHC 4-valves per cylinder 5.2 liter V12 engine. The low production 1985 Countach LP5000 QV that was produced for the U.S. market had U.S. spec bumpers and had a modern Bosch fuel injection system which generated 420 horsepower and 340 lb-ft of torque. The non-US version used Weber carburetors instead of fuel injection and had an output of 449 horsepower and 369 lb-ft of torque. The 1985 Countach LP5000 QV had extremely fast acceleration – 0-60 mph in 4.7 seconds and a quarter mile time in 13.0 seconds. Top Speed was just north of 180 mph and it also had world class handling, steering, and braking.

1985 Corvette had a great looking sleek exterior styling, ultra modern interior styling, plenty of power under the hood by 1980s standards along with world class steering, handling, and braking. Starting in 1985, the Corvette had a new 5.7 liter V8 with Tuned Port Injection, finally returning the Corvette’s acceleration performance back to its previous golden era performance. This engine produced 230 horsepower and 330 lb-ft of torque which was a considerable increase over the Corvette’s previous model year. Car and Driver magazine (September 1984 issue) obtained 0-60 mph in 6.0 seconds and the quarter mile in 14.4 seconds making the Corvette the quickest accelerating American car for 1985. Not to mention its high tech instrument cluster and other great sports car attributes made even Ferrari and Lamborghini owners take the 1985 Corvette seriously.

The 288 GTO was 1985’s ultimate performance car, its small displacement intercooler equipped twin turbo 2.9 liter DOHC V8 produced around 395 horsepower and 366 lb-ft of torque. However its base price was so steep, only the ultra wealthy could afford it which is why it’s not number one on this list. Due to it’s abundance of power and very light curb weight of just over 2,500 lbs, the 288 GTO was the fastest available production car in the U.S. and the world for the 1985 model year. The 288 GTO had lightning quick acceleration, it went 0-60 mph in 4.4 seconds, the quarter mile in 12.7 seconds, and had a top speed of 190 mph. It had race car handling, steering, and braking. Its interior was attractive, well-appointed, and surprisingly civilized.

The 1985 Mustang GT handled well, had good steering feel, good braking, very quick acceleration, and very sporty unique styling. The Mustang GT’s main competition, The 1985 Camaro Iroc-Z and 1985 Trans Am handled better, braked better, and had flashier styling than the 1985 Mustang GT however the Mustang GT accelerated faster than the Iroc-Z and Trans Am and it offered the best performance for the money when compared to all the other 1985 model year performance cars which is why it’s number one on this list. For the ultra low base price of only $9,885, a Mustang GT buyer received a very light performance car that had a standard 5-speed manual transmission and a 4-barrel carburetor equipped 5.0 liter H.O. V8, factory rated at 210 horsepower and 265 lb-ft of torque. It went 0-60 mph in 6.4 seconds and a quarter mile in 14.9 seconds.